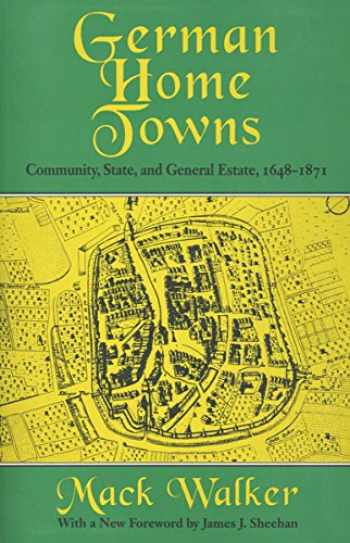 German Home Towns is a social biography of the hometown Bürger from the end of the seventeenth to the beginning of the twentieth centuries. After his opening chapters on the political, social, and economic basis of town life, Mack Walker traces a painful process of decline that, while occasionally slowed or diverted, leads inexorably toward death and, in the twentieth century, transfiguration. Along the way, he addresses such topics as local government, corporate economies, and communal society. Equally important, he illuminates familiar aspects of German history in compelling ways, including the workings of the Holy Roman Empire, the Napoleonic reforms, and the revolution of 1848.

Finally, Walker examines German liberalism's underlying problem, which was to define a meaning of freedom that would make sense to both the "movers and doers" at the center and the citizens of the home towns. In the book's final chapter, Walker traces the historical extinction of the towns and their transformation into ideology. From the memory of the towns, he argues, comes Germans' "ubiquitous yearning for organic wholeness," which was to have its most sinister expression in National Socialism's false promise of a racial community.

A path-breaking work of scholarship when it was first published in 1971, German Home Towns remains an influential and engaging account of German history, filled with interesting ideas and striking insights―on cameralism, the baroque, Biedermeier culture, legal history and much more. In addition to the inner workings of community life, this book includes discussions of political theorists like Justi and Hegel, historians like Savigny and Eichhorn, philologists like Grimm. Walker is also alert to powerful long-term trends―the rise of bureaucratic states, the impact of population growth, the expansion of markets―and no less sensitive to the textures of everyday life. 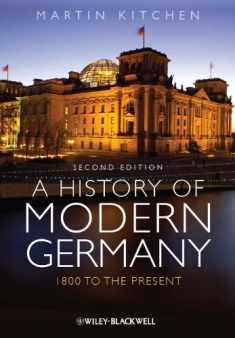 A History of Modern...
by Kitchen, Martin