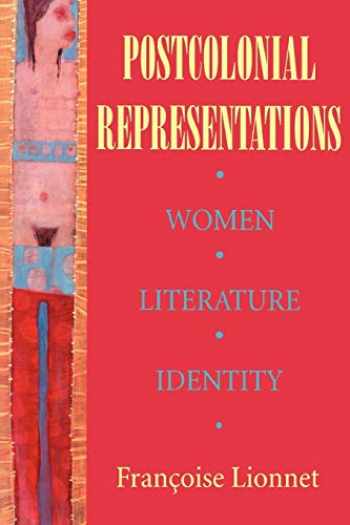 Passionate allegiances to competing theoretical camps have stifled dialogue among today's literary critics, asserts Françoise Lionnet. Discussing a number of postcolonial narratives by women from a variety of ethnic and cultural backgrounds, she offers a comparative feminist approach that can provide common ground for debates on such issues as multiculturalism, universalism, and relativism.

Lionnet uses the concept of métissage, or cultural mixing, in her readings of a rich array of Francophone and Anglophone texts―by Michelle Cliff from Jamaica, Suzanne Dracius-Pinalie from Martinique, Ananda Devi from Mauritius, Maryse Conde and Myriam Warner-Vieyra from Guadeloupe, Gayl Jones from the United States, Bessie Head from Botswana, Nawal El Saadawi from Egypt, and Leila Sebbar from Algeria and France. Focusing on themes of exile and displacement and on narrative treatments of culturally sanctioned excision, polygamy, and murder, Lionnet examines the psychological and social mechanisms that allow individuals to negotiate conflicting cultural influences. In her view, these writers reject the opposition between self and other and base their self-portrayals on a métissage of forms and influences.

Lionnet's perspective has much to offer critics and theorists, whether they are interested in First or Third World contexts, American or French critical perspectives, essentialist or poststructuralist epistemologies.