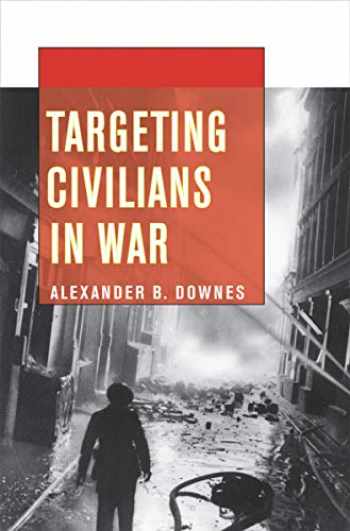 Accidental harm to civilians in warfare often becomes an occasion for public outrage, from citizens of both the victimized and the victimizing nation. In this vitally important book on a topic of acute concern for anyone interested in military strategy, international security, or human rights, Alexander B. Downes reminds readers that democratic and authoritarian governments alike will sometimes deliberately kill large numbers of civilians as a matter of military strategy. What leads governments to make such a choice?

Downes examines several historical cases: British counterinsurgency tactics during the Boer War, the starvation blockade used by the Allies against Germany in World War I, Axis and Allied bombing campaigns in World War II, and ethnic cleansing in the Palestine War. He concludes that governments decide to target civilian populations for two main reasons―desperation to reduce their own military casualties or avert defeat, or a desire to seize and annex enemy territory. When a state's military fortunes take a turn for the worse, he finds, civilians are more likely to be declared legitimate targets to coerce the enemy state to give up. When territorial conquest and annexation are the aims of warfare, the population of the disputed land is viewed as a threat and the aggressor state may target those civilians to remove them. Democracies historically have proven especially likely to target civilians in desperate circumstances.

In Targeting Civilians in War, Downes explores several major recent conflicts, including the 1991 Persian Gulf War and the American-led invasion of Iraq in 2003. Civilian casualties occurred in each campaign, but they were not the aim of military action. In these cases, Downes maintains, the achievement of quick and decisive victories against overmatched foes allowed democracies to win without abandoning their normative beliefs by intentionally targeting civilians. Whether such "restraint" can be guaranteed in future conflicts against more powerful adversaries is, however, uncertain.

During times of war, democratic societies suffer tension between norms of humane conduct and pressures to win at the lowest possible costs. The painful lesson of Targeting Civilians in War is that when these two concerns clash, the latter usually prevails.