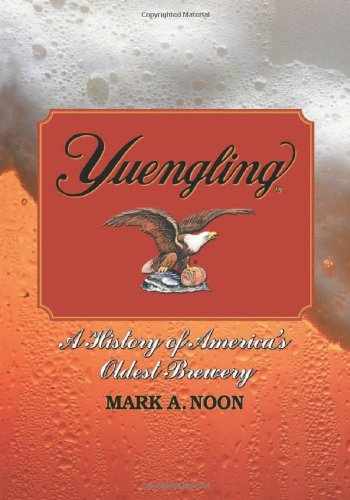 Can you name America's oldest brewery? If visions of outsized draft horses plod to mind, you're way off. Instead, head for the mountains--of northeastern Pennsylvania. In 1829, in Pottsville, German immigrant D.G. Yuengling set up shop to slake the thirst of immigrants flocking to the region's booming anthracite coalfields. Five generations have steered the family-owned brewery through fires, temperance, depressions, Prohibition, and the whims of changing tastes; outlasted hundreds of local competitors; and turned Yuengling from a regional name into a national institution. For 175 years, the hard-working, hands-on approach of Yuengling has kept it going, and growing, while thousands of other brands vanished into history's recycling bin.

Kick back, relax, and crack open a cool history of Yuengling and Son, Inc., America's oldest brewery. It begins with the brewery's founding in 1829 by German immigrant D.G. Yuengling, who saw an opportunity in the region's growing, beer-loving immigrant population. Subsequent chapters follow the brewery into the age of bottled beer and advertising; through the dark days of Prohibition; the age of consolidation, when a few big names swallowed up or buried most regional brews; and into the age of microbrews, when consumers turned away from bland brands in search of a beer with character, leading to Yuengling's resurgence on the national scene. An epilogue gauges the company's current status and immediate future, and a chronology lists key events in the brewery's existence. Notes and copious illustrations supplement this history, which also includes a list of reference works, and an index.