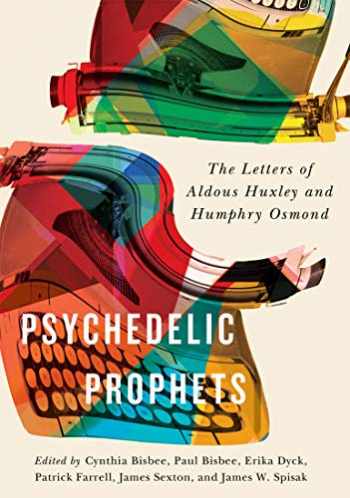 Aldous Huxley (1894?1963) was the author of nearly fifty books and numerous essays, best known for his dystopian novel Brave New World. Humphry Osmond (1917?2004) was a British-trained psychiatrist interested in the biological nature of mental illness and the potential for psychedelic drugs to treat psychoses, especially schizophrenia. In 1953, Huxley sent an appreciative note to Osmond about an article he and a colleague had published on their experiments with mescaline, which inspired an initial meeting and decade-long correspondence. This critical edition provides the complete Huxley-Osmond correspondence, chronicling an exchange between two brilliant thinkers who explored such subjects as psychedelics, the visionary experience, the nature of mind, human potentialities, schizophrenia, death and dying, Indigenous rituals and consciousness, socialism, capitalism, totalitarianism, power and authority, and human evolution. There are references to mutual friends, colleagues, and eminent figures of the day, as well as details about both men's personal lives. The letters bear witness to the development of mind-altering drugs aimed at discovering the mechanisms of mental illness and eventually its treatment. A detailed introduction situates the letters in their historical, social, and literary context, explores how Huxley and Osmond first coined the term "psychedelic," contextualizes their work in mid-century psychiatry, and reflects on their legacy as contributors to the science of mind-altering substances. Psychedelic Prophets is an extraordinary record of a full correspondence between two leading minds and a testament to friendship, intellectualism, empathy, and tolerance. The fact that these sentiments emerge so clearly from the letters, at a historical moment best known for polarizing ideological conflict, threats of nuclear war, and the rise of post-modernism, reveals much about the personalities of the authors and the persistence of these themes today.