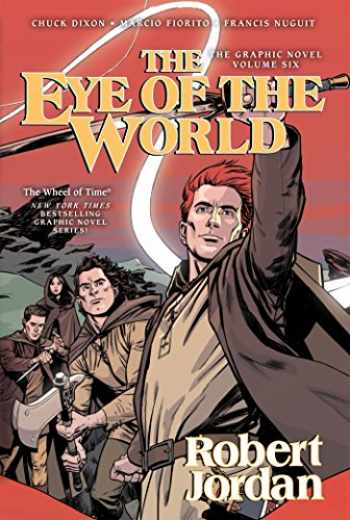 The Eye of the World: The Graphic Novel, Volume Six (Wheel of Time Other)

Rand al'Thor and his companions―his old friends from Emond's Field; the brave warrior Lan Mandragoran; and Moiraine, the mysterious and powerful Aes Sedai―have at last been reunited. Their journey in search of the Eye of the World nears its climax as they dare the otherworldly Ways, guided by an Ogier, Loial, and narrowly escape the menace of the soul-stealing Machin Shin. When the group reaches the realm of the Green Man, they believe themselves safe. But two of the Forsaken are waiting for them, ready to attack and to guide their dark lord, Ba'alzamon, to the ones he has been seeking!

When the three young men left Emond's Field, they were untried blades. Their long journey has stolen much of their innocence and made them seasoned warriors, given them powers and gifts they did not seek and are still learning how to use. But not until the final moments are they sure which of them the Dark One intends to claim…and whether that one is strong enough to fight back and survive.