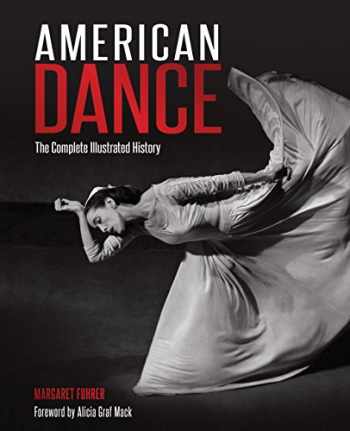 Acknowledged authors Fuhrer, Margaret wrote American Dance: The Complete Illustrated History comprising 288 pages back in 2014. Textbook and eTextbook are published under ISBN 0760345996 and 9780760345993. Since then American Dance: The Complete Illustrated History textbook was available to sell back to BooksRun online for the top buyback price of $ 15.50 or rent at the marketplace.
Show more

The most comprehensive, beautiful book ever to be published on dance in America.

"We look at the dance to impart the sensation of living in an affirmation of life, to energize the spectator into keener awareness of the vigor, the mystery, the humor, the variety, and the wonder of life. This is the function of the American dance." Groundbreaking choreographer Martha Graham deeply understood the power and complexity of dance--particularly as it evolved in her home country.

American Dance, by critic and journalist Margaret Fuhrer, traces that richly complex evolution. From Native American dance rituals to dance in the digital age, American Dance explores centuries of innovation, individual genius and collaborative exploration. Some of its stories - such as Fred Astaire dancing on the ceiling or Alvin Ailey founding the trailblazing company that bears his name - will be familiar to anyone who loves dance. The complex origins of tap, for instance, or the Puritan outrage against "profane and promiscuous dancing" during the early years of the United States, are as full of mystery and humor as Graham describes. These various developments have never before been presented in a single book, making American Dance the most comprehensive work on the subject to date. Breakdancing, musical-theater dance, disco, ballet, jazz, ballroom, modern, hula, the Charleston, the Texas two-step, swing--these are just some of the forms celebrated in this riveting volume Hundreds of photographs accompany the text, making American Dance as visually captivating as the works it depicts.