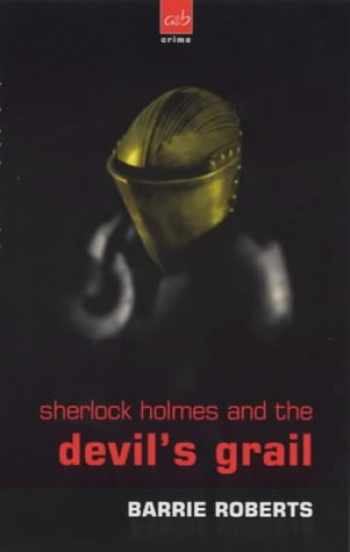 ‘Watson,’ Sherlock Holmes proclaimed, ‘you know very well that it was one of those cases where I felt obligated to circumvent the law…I credit you with sufficient discretion not to expose me to a prosecution for murder…’

Thus the great detective referred, in an uncharacteristically nervous manner, to the case of the tobacco millionaire and the Glastonbury Fragment, one of the most bizarre investigations of Holmes’ and Watson’s long partnership.

In the spring of 1895, Colonel John Vincent Harman, an American inventor of an ingenious camera, was the object of anonymous threats t leave Britain, escalating to the abduction of his son, Jay. Behind this criminal activity, Homes detected the hand of Drew, his old enemy Professor Moriarty’s, lieutenant, an ex-Scotland Yard detective and worshipper of Demeter, the goddess of fertility.

Drew suspected the Harms’ stereoscope could uncover the mystery of a perverse religious cult, a priceless treasure which, if possessed, Moriarty believes, would give him power over the whole world. Both an ingenious pastiche and a gripping story in its own right, Sherlock Holmes and the Devil’s Grail is an elegantly wrought tribute to the art of Sir Arthur Conan Doyle.