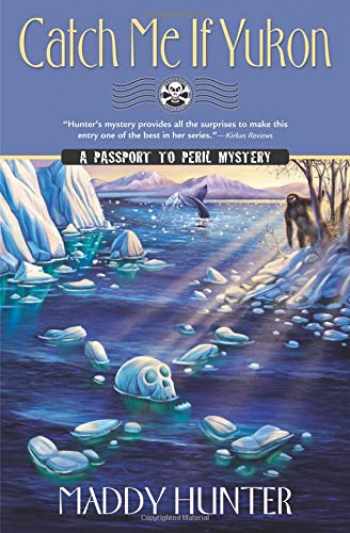 Catch Me if Yukon (A Passport to Peril Mystery (12))

As tour escort Emily Andrew-Miceli leads her globetrotting band of Iowa seniors into the wilds of Alaska, she discovers that whales aren't the only killers on the prowl. When a tour member turns up dead on a mountainous hiking trail, Emily blames herself for the mishap―until she learns that something far hairier might be the cause.

One of the seniors snaps a photo of what looks like Bigfoot, raising questions about what happened to the victim. But the elusive sasquatch is just a legend, isn't it? Between whale watching in the glacial waters near Seward and ziplining in the primal forests of Denali, Emily finds herself locked in a game of cat and mouse with a killer who may or may not be mere myth.

Praise for Catch Me If Yukon:
"Hunter's mystery provides all the surprises to make this entry one of the best in her series."―Kirkus Reviews

Praise for the Passport to Peril Mystery series

"The eleventh book in the Passport to Peril Mystery series is solid proof that this series just keeps getting better and better."―RT Book Reviews

From Bad to Wurst
"Despite the chaos that continually surrounds Emily and her irrepressible explorers, she remains a constant beacon of intelligence, practicality, and amiability. The humor is always spot-on and will surprise readers with its deft wit, originality, and satire."―Cynthia Chow, KingsRiverLife.com

Dutch Me Deadly
"Dutch Me Deadly, the latest adventure of [Hunter's] endearing heroine and zany Iowan seniors, offers nonstop humor and an engaging plot woven so well into its setting that it could take place only in Holland. Despite the danger, I want to travel with Emily!"―Carrie Bebris, award-winning author of the Mr. & Mrs. Darcy Mystery series

"The cast of characters is highly entertaining and the murder mystery mixed with good humor!"―Suspense Magazine

"A bit of humor, a bit of travel information, and a bit of mystery add up to some pleasant light reading."―Kirkus Reviews 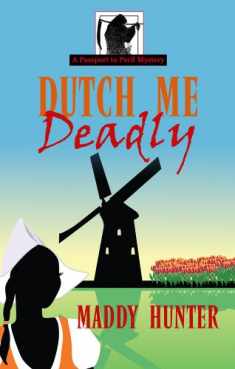 Dutch Me Deadly
by Hunter, Maddy