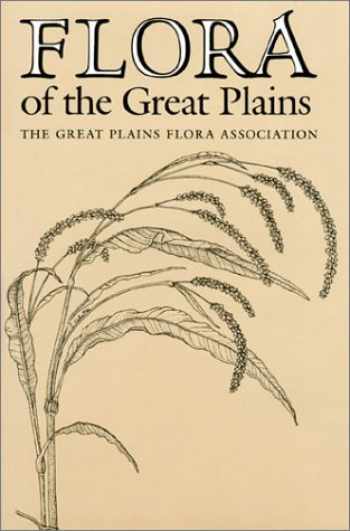 Flora of the Great Plains

To botanists a flora is a reference work that systematically describes the plants of a particular region, listed by species and considered as a whole. In this case the region constitutes approximately one-fifth of the land area of the conterminous United States. Flora of the Great Plains is the culmination of a monumental undertaking, begun some thirty-five years ago and founded on a massive specimen collection program. The Great Plains Flora Association itself was formed to combined the resources of fourteen botanists and their herbaria at various institutions in the region and to compile the flora.

Flora of the Great Plains is a manual of the vascular plants that occur spontaneously in the region that extends from the eastern flank of the Rocky Mountain uplift, eastward to the potential beginning of continuous woodland, and from the Canadian border south through the Texas Panhandle. Thus included are the states of Kansas, Nebraska, North and South Dakota; eastern Montana, Wyoming, and Colorado; northeast New Mexico; the Texas Panhandle; northwest Oklahoma; and western Missouri, Iowa, and Minnesota. This volume is the only up-to-date floristic treatment in existence for the area.

Flora of the Great Plains includes general keys, descriptions, statements of range, flowering times, ecological data, and relevant synonymies for every flowering plant, conifer, and fern known to occur in the region. Specimens for the compilation are housed in the herbaria of the institutions of the Great Plains Flora Association's members and at the New York Botanical Garden.

This volume will serve as the definitive compendium of information about plants of the Great Plains for generations. It will be used as a a textbook in plant taxonomy classes and as a sourcebook for naturalists writing on weeds, wild flowers, trees grasses, etc. It will also appeal to biologists, agronomists, and horticulturalists who require current information about regional plants.