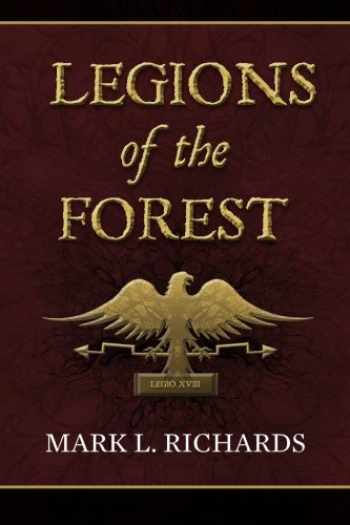 Legions of the Forest

Acknowledged authors Richards, Mark L. wrote Legions of the Forest comprising 482 pages back in 2014. Textbook and eTextbook are published under ISBN 0692289194 and 9780692289198. Since then Legions of the Forest textbook was available to sell back to BooksRun online for the top buyback price or rent at the marketplace.
Show more

His ranks are filled with seasoned veterans and novices alike, the latter of which includes Lucius, a young man whose conscription into the Roman imperial legions represents only the first step in his epic, and terrifying, destiny.

Valerius Maximus, a young Roman tribune, enters the legions of the Rhine as well—only to find that the danger he anticipated from abroad actually lies within his own ranks. The vicious politics of the officer corps prove to be more treacherous.

Meanwhile, German nobleman Arminius lies in wait, preparing for the inevitable appearance of the Roman legions and growing in his determination to liberate his people from Rome’s rule at any cost.

The fates of these men soon converge in a bloody battle that will decide the course of their countries…and their lives. The Germanic foes spring a monstrous ambush in a driving rain storm. The future of Western civilization turns in the blink of an eye.