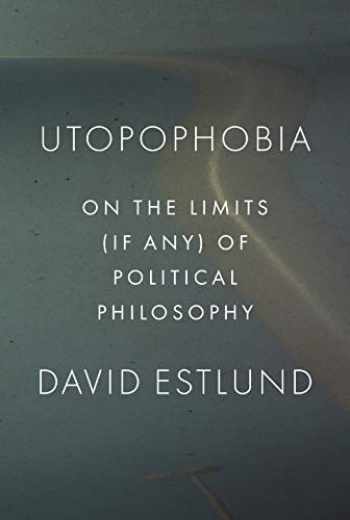 Utopophobia: On the Limits (If Any) of Political Philosophy

Throughout the history of political philosophy and politics, there has been continual debate about the roles of idealism versus realism. For contemporary political philosophy, this debate manifests in notions of ideal theory versus nonideal theory. Nonideal thinkers shift their focus from theorizing about full social justice, asking instead which feasible institutional and political changes would make a society more just. Ideal thinkers, on the other hand, question whether full justice is a standard that any society is likely ever to satisfy. And, if social justice is unrealistic, are attempts to understand it without value or importance, and merely utopian?

Utopophobia argues against thinking that justice must be realistic, or that understanding justice is only valuable if it can be realized. David Estlund does not offer a particular theory of justice, nor does he assert that justice is indeed unrealizable―only that it could be, and this possibility upsets common ways of proceeding in political thought. Estlund engages critically with important strands in traditional and contemporary political philosophy that assume a sound theory of justice has the overriding, defining task of contributing practical guidance toward greater social justice. Along the way, he counters several tempting perspectives, including the view that inquiry in political philosophy could have significant value only as a guide to practical political action, and that understanding true justice would necessarily have practical value, at least as an ideal arrangement to be approximated.

Demonstrating that unrealistic standards of justice can be both sound and valuable to understand, Utopophobia stands as a trenchant defense of ideal theory in political philosophy.