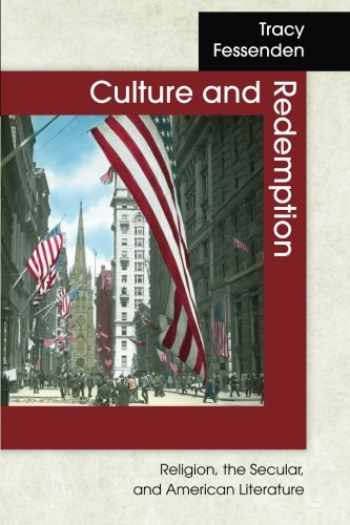 Culture and Redemption: Religion, the Secular, and American Literature

Many Americans wish to believe that the United States, founded in religious tolerance, has gradually and naturally established a secular public sphere that is equally tolerant of all religions--or none. Culture and Redemption suggests otherwise. Tracy Fessenden contends that the uneven separation of church and state in America, far from safeguarding an arena for democratic flourishing, has functioned instead to promote particular forms of religious possibility while containing, suppressing, or excluding others. At a moment when questions about the appropriate role of religion in public life have become trenchant as never before, Culture and Redemption radically challenges conventional depictions--celebratory or damning--of America's "secular" public sphere.

Examining American legal cases, children's books, sermons, and polemics together with popular and classic works of literature from the seventeenth to the twentieth centuries, Culture and Redemption shows how the vaunted secularization of American culture proceeds not as an inevitable by-product of modernity, but instead through concerted attempts to render dominant forms of Protestant identity continuous with democratic, civil identity. Fessenden shows this process to be thoroughly implicated, moreover, in practices of often-violent exclusion that go to the making of national culture: Indian removals, forced acculturations of religious and other minorities, internal and external colonizations, and exacting constructions of sex and gender. Her new readings of Emerson, Whitman, Melville, Stowe, Twain, Gilman, Fitzgerald, and others who address themselves to these dynamics in intricate and often unexpected ways advance a major reinterpretation of American writing.