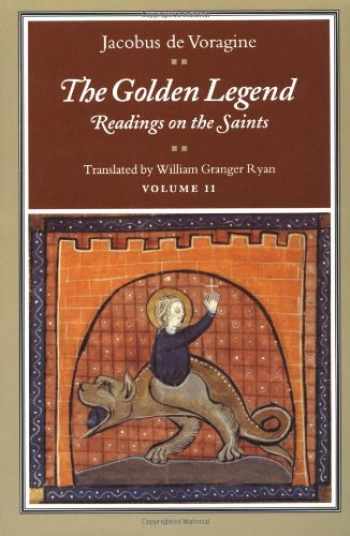 The Golden Legend: Readings on the Saints, Vol. 2

Depicting the lives of the saints in an array of both factual and fictional stories--some preposterous, some profound, and some shocking--The Golden Legend was perhaps the most widely read book, after the Bible, during the late Middle Ages. It was compiled around 1260 by Jacobus de Voragine, a scholarly friar and eventual archbishop of Genoa, whose purpose was to captivate, encourage, and edify the faithful, while preserving a vast store of information pertaining to the legends and traditions of the church. In his new translation, the first in English of the complete text, William Granger Ryan captures the immediacy of this rich, image-filled work, and offers an important guide for readers interested in medieval art and literature and, more generally, in popular religious culture.

These stories have the effect of bringing the saints to life as real people, in the context of late thirteenth-century living, but in them the saints do things that ordinary people can only wonder at. There is St. Juliana, who, fed up with the propositions of a dull-witted demon, gives him a sound thrashing and tosses him in the sewer; St. Hilary, who challenges the authority of a corrupt pope and foresees the prelate's death; and St. James the Dismembered, who, with the chopping off of each body part by the Roman executioner, joyfully proclaims yet another reason for loving God.

In the course of reading these stories, which are arranged according to the order of saints' feast days throughout the liturgical year, we happen upon many fascinating cultural and historical topics, such as the Christianization of Roman holidays, the symbolism behind the monk's tonsure, Nero's "pregnancy," and the reason why chaste but hot-blooded women can grow beards. At the same time these stories draw abundantly on Holy Scripture to shed light on the mysteries of the Christian faith. The chapters devoted to Christ and to the Blessed Virgin are particularly moving examples of the mingling of doctrine and narrative to give life to dogma.