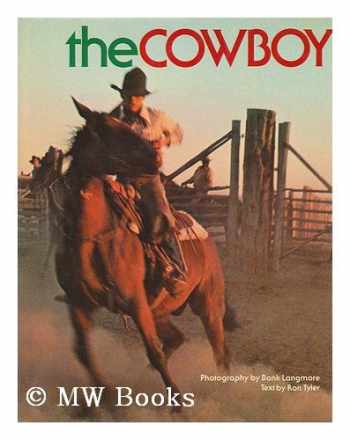 Acknowledged authors Langmore, Bank, Tyler, Ron wrote The cowboy comprising 251 pages back in 1975. Textbook and eTextbook are published under ISBN 0688029620 and 9780688029623. Since then The cowboy textbook was available to sell back to BooksRun online for the top buyback price or rent at the marketplace.
Show more

THE COWBOY is an extraordinary and imperishable American folk hero - a part of the past, a part of the present, and an embodiment of the qualities and characteristics Americans like best in themselves. This book about him combines three elements, each giving a dimension to the mixture of legend and reality that has become the cowboy's image. Ron Tyler, curator of history at the Amon Carter Museum of Western Art in Fort Worth, Texas, has written the cowboy's story from his first appearance in the 16th century, when the arrival of Spanish horses made it possible to herd cattle over the vast plains and prairies of North America, to the present day. In particular, he celebrates the glory days, after the Civil War, when the growing longhorn herds, the advancing railroads, and venturesome ranchers founded the American beef cattle industry, and our basic emotional response to the cowboy-hero was formed. It's all here - the Mexican beginnings of cattle herding, the men who built the great ranches, the trail drives, the droughts, stampedes, and blizzards, the cow towns, the range ware, the cowboy's work, his functional gear, his exceptional horsemanship, his nomadic temperament, deadpan wit, and stiff-necked independence - like a mustang that'll never be broke - much of it told in the vivid and colorful narratives of the cowboys themselves, and much of it illustrated with the finest historical photography of the 19th-century cowboy. The major photography of THE COWBOY is the result of two dedicated years' work by Bank Langmore, who traveled more than 20,000 miles through cattle country from Mexico to Canada to depict the cowboy today.