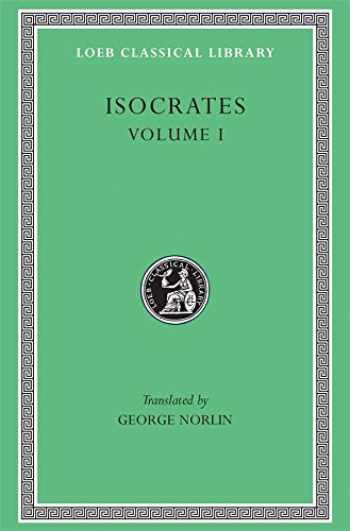 Isocrates, Volume I: To Demonicus. To Nicocles. Nicocles or the Cyprians. Panegyricus. To Philip. Archidamus. (Loeb Classical Library No. 209)

The importance of Isocrates for the study of Greek civilisation of the fourth century BCE is indisputable. From 403 to 393 he wrote speeches for Athenian law courts, and then became a teacher of composition for would-be orators. After setting up a school of rhetoric in Chios he returned to Athens and established there a free school of 'philosophia' involving a practical education of the whole mind, character, judgment, and mastery of language. This school had famous pupils from all over the Greek world, such as the historians Ephorus and Theopompus and orators Isaeus, Lycurgus, and Hypereides. Isocrates also wrote in gifted style essays on political questions, his main idea being a united Greece to conquer the Persian empire. Thus in his fine Panegyricus (written for the 100th Olympiad gathering in 380) he urged that the leadership should be granted to Athens, possibly in conjunction with Sparta. In the end he looked to Philip of Macedon, but died just as Philip's supremacy in Greece began.

Twenty-one discourses by Isocrates survive; these include political essays, treatises on education and on ethics, and speeches for legal cases. Nine letters are also extant; they are concerned more with public than with private matters. The Loeb Classical Library edition of Isocrates is in three volumes. Volume I contains six discourses: To Demonicus, To Nicocles, Nicocles or The Cyprians, Panegyricus, To Philip, and Archidamus. Five are in Volume II: Areopagiticus, On the Peace, Panathenaicus, Against the Sophists, Antidosis. Volume III contains Evagoras, Helen, Busiris, Plataicus, Concerning the Team of Horses, Trapeziticus, Against Callimachus, Aegineticus, Against Lochites, and Against Euthynus, as well as the nine extant letters and a comprehensive index. 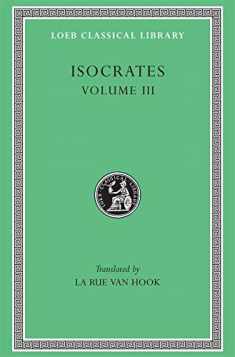 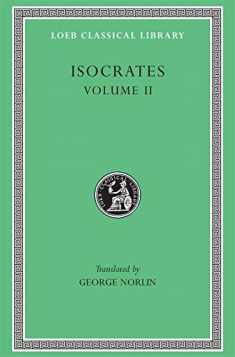 Isocrates II: On th...
by Isocrates