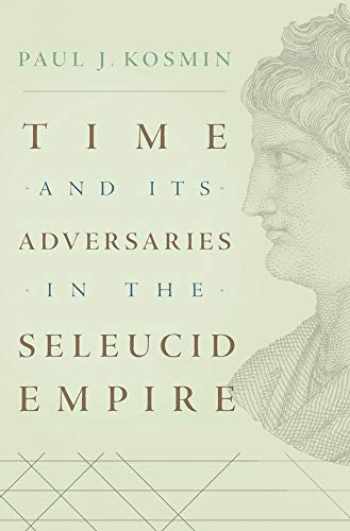 Time and Its Adversaries in the Seleucid Empire

In this eye-opening book, Paul J. Kosmin explains how the Seleucid Empire’s invention of a new kind of time―and the rebellions against this worldview―transformed the way we organize our thoughts about the past, present, and future.

In the aftermath of Alexander the Great’s conquests, the Seleucid kings ruled a vast territory stretching from Central Asia to Anatolia, Armenia to the Persian Gulf. In a radical move to impose unity and regulate behavior, this Graeco-Macedonian imperial power introduced a linear and transcendent conception of time. Under Seleucid rule, time no longer restarted with each new monarch. Instead, progressively numbered years, identical to the system we use today―continuous, irreversible, accumulating―became the de facto measure of historical duration. This new temporality, propagated throughout the empire, changed how people did business, recorded events, and oriented themselves to the larger world. Challenging this order, however, were rebellious subjects who resurrected their pre-Hellenistic pasts and created apocalyptic time frames that predicted the total end of history. The interaction of these complex and competing temporalities, Kosmin argues, led to far-reaching religious, intellectual, and political developments.

Time and Its Adversaries in the Seleucid Empire opens a new window onto empire, resistance, and the meaning of history in the ancient world.