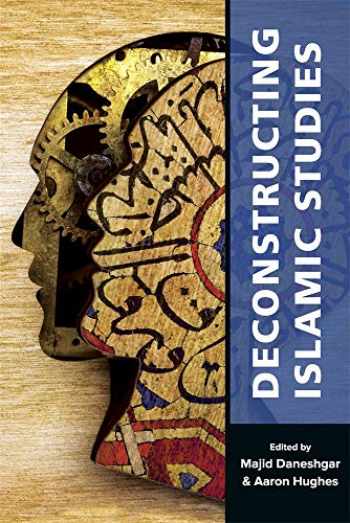 Acknowledged author wrote Deconstructing Islamic Studies (Mizan Series) comprising 376 pages back in 2020. Textbook and eTextbook are published under ISBN 0674244680 and 9780674244689. Since then Deconstructing Islamic Studies (Mizan Series) textbook was available to sell back to BooksRun online for the top buyback price or rent at the marketplace.
Show more

The study of Islam has historically been approached in two different ways: apologetical and polemical. The former focuses on the preservation and propagation of religious teachings, and the latter on the attempt to undermine the tradition. The dialectic between these two approaches continued into the Enlightenment, and the tension between them still exists today. What is new in the modern period, however, is the introduction of a third approach, the academic one, which ostensibly examines the tradition in diverse historical, religious, legal, intellectual, and philosophical contexts. Classical Islamic subjects (e.g., Qur’ān, ḥadīth, fiqh, tafsīr) are now studied using a combination of the apologetical, the polemical, and the academic approaches. Depending upon the historical period and the institutional context, these classical topics have been accepted (apologetical), have had their truth claims undermined (polemical), or have simply been taken for granted (academic).

This volume, comprising chapters by leading experts, deconstructs the ways in which classical Muslim scholarship has structured (and, indeed, continues to structure) the modern study of Islam. It explores how classical subjects have been approached traditionally, theologically, and secularly, in addition to examining some of the tensions inherent in these approaches.