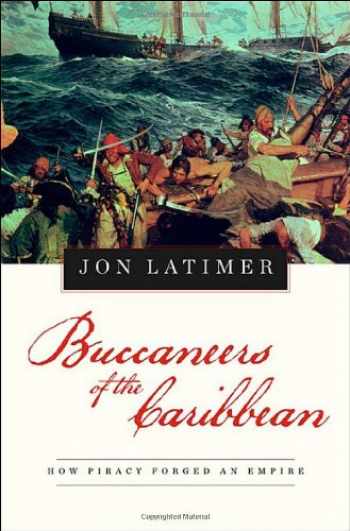 Buccaneers of the Caribbean: How Piracy Forged an Empire

During the seventeenth century, sea raiders known as buccaneers controlled the Caribbean. Buccaneers were not pirates but privateers, licensed to attack the Spanish by the governments of England, France, and Holland. Jon Latimer charts the exploits of these men who followed few rules as they forged new empires.

Lacking effective naval power, the English, French, and Dutch developed privateering as the means of protecting their young New World colonies. They developed a form of semi-legal private warfare, often carried out regardless of political developments on the other side of the Atlantic, but usually with tacit approval from London, Paris, and Amsterdam. Drawing on letters, diaries, and memoirs of such figures as William Dampier, Sieur Raveneau de Lussan, Alexander Oliver Exquemelin, and Basil Ringrose, Jon Latimer portrays a world of madcap adventurers, daredevil seafarers, and dangerous rogues.

Piet Hein of the Dutch West India Company captured, off the coast of Cuba, the Spanish treasure fleet, laden with American silver, and funded the Dutch for eight months in their fight against Spain. The switch from tobacco to sugar transformed the Caribbean, and everyone scrambled for a quick profit in the slave trade. Oliver Cromwell’s ludicrous Western Design—a grand scheme to conquer Central America—fizzled spectacularly, while the surprising prosperity of Jamaica set England solidly on the road to empire. The infamous Henry Morgan conducted a dramatic raid through the tropical jungle of Panama that ended in the burning of Panama City.

From the crash of gunfire to the billowing sail on the horizon, Latimer brilliantly evokes the dramatic age of the buccaneers.