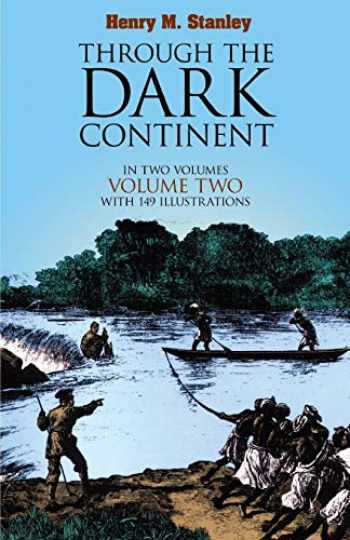 Through the Dark Continent: Volume 2

Acknowledged authors Stanley, Henry M. wrote Through the Dark Continent: Volume 2 comprising 480 pages back in 2011. Textbook and eTextbook are published under ISBN 0486256685 and 9780486256689. Since then Through the Dark Continent: Volume 2 textbook was available to sell back to BooksRun online for the top buyback price or rent at the marketplace.
Show more

Perhaps best known as the intrepid adventurer who located the missing explorer David Livingstone in equatorial Africa in 1871, Henry Morton Stanley (1841-1904) played a major role in assembling the fragmented discoveries and uncertain geographical knowledge of central Africa into a coherent picture. He was the first European to explore the Congo River; assisted at the founding of the Congo Free State, and helped pave the way for the opening up of modern Africa.
In this classic account of one of his most important expeditions, the venerable Victorian recounts the incredibly difficult and perilous journey during which he explored the great lakes of Central Africa, confirming their size and position, searched for the sources of the Nile, and traced the unknown Congo River from the depths of the continent to the sea. Accompanied by three Englishmen and a crew of Africans, Stanley left Zanzibar in 1874. He traveled to Lake Victoria, which he circumnavigated in his boat, the Lady Alice. Almost immediately, illness, malnutrition and conflicts with native tribes began to decimate his followers. Nevertheless, the explorer pushed on, also circumnavigating Lake Tanganyika, which he determined to be unconnected with the Nile system. Finally in 1876, Stanley was ready to undertake "the grandest task of all" — exploring the Livingstone (Congo) River. He sailed down the vast waterway to the lake he called Stanley Pool, then on to a series of 32 cataracts he named Livingstone Falls. Unable to go further by boat, Stanley continued overland, reaching the Atlantic Ocean on August 12, 1877. Mishaps, hostile tribes, and disease had killed his three white companions and half the Africans, but Stanley had attained his objective.
His tremendous perseverance (his persistence led his men to nickname him Bula Matari — "the rock breaker") was complemented by Stanley's abilities as a keen observer and accomplished prose stylist. These talents are fully evident in this exciting narrative. It offers not only the action and adventure of a life-and-death struggle to survive in the African wilderness, but detailed descriptions of native peoples, customs, and culture; the flora and fauna of central Africa; and a wealth of geographical, ecological, and other information. Supplemented with 149 black-and-white illustrations and a foldout map, this monumental narrative will be welcomed by anyone interested in the European exploration of central Africa during the nineteenth century, the exploits of one of the great explorers of all time, and a breathtaking story of human endurance and achievement in the face of immense odds.