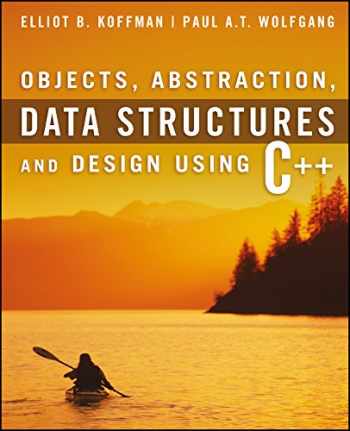 In the implementation of each data structure, the authors encourage students to perform a thorough analysis of the design approach and expected performance before actually undertaking detailed design and implementation. Students gain an understanding of why different data structures are needed, the applications they are suited for, and the advantages and disadvantages of their possible implementations.

Case studies follow a five-step process (problem specification, analysis, design, implementation, and testing) that has been adapted to object-oriented programming. Students are encouraged to think critically about the five-step process and use it in their problem solutions. Several problems have extensive discussions of testing and include methods that automate the testing process. Some cases are revisited in later chapters and new solutions are provided that use different data structures.

Course is the second course in the CS curriculum