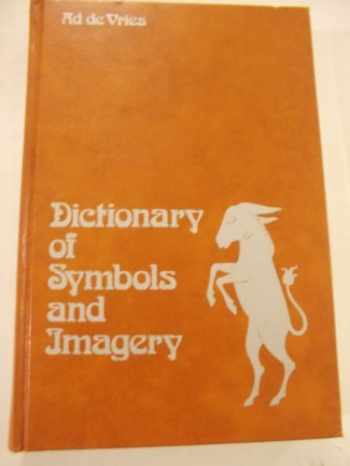 Dictionary of symbols and imagery

Acknowledged authors Vries, Ad de wrote Dictionary of symbols and imagery comprising 523 pages back in 1974. Textbook and eTextbook are published under ISBN 0444106073 and 9780444106070. Since then Dictionary of symbols and imagery textbook was available to sell back to BooksRun online for the top buyback price or rent at the marketplace.
Show more

This dictionary supplies associations which have been evoked by plants, animals, gems, objects and concepts throughout the history of Western civilization, from the hieroglyphs of ancient Egypt to the poetry of Dylan Thomas. It supplies background information from fields which may not be everyone's speciality, such as biology and mythology. It gives not one, but several meanings which may apply simultaneously, since indefiniteness is the mark of symbols. No fine distinction is made between symbols, allegories, metaphors, signs, types or images, since such subtle distinctions, however sensible from a scientific point of view, are useless to a person struggling with the deeper comprehension, and thus appreciation, of a particular 'symbol'. Important general entries are listed such as archetypes, ass, binary, bull, calendar, eagle, elements, Great Goddess, Sacred King, sun, etc., which it is advisable to read first. Information was gathered from primary sources: both famous and obscure classical authors; the Bible; the medieval scholar and musician Hildegard von Bingen; but also Donne, Shakespeare and Eliot. Lists of primary and secondary literature are included. From the many notes left behind by the late Ad de Vries, his son has gathered enough new material to enlarge the original 1974 edition more than 20 per cent. Included are many new entries taken from herbals and lapidaries as well as ancient books on medicine, architecture and dreams. This dictionary is an invaluable source of reference for students of many disciplines, as well as for writers and artists.