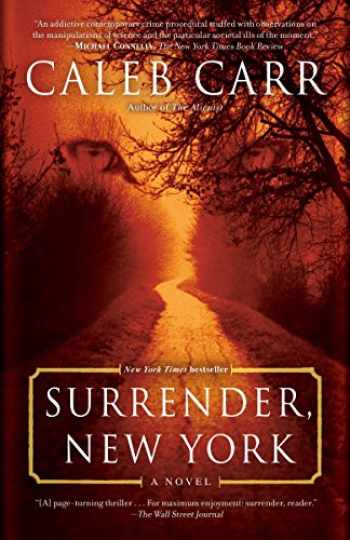 Acknowledged authors Carr, Caleb wrote Surrender, New York: A Novel comprising 608 pages back in 2017. Textbook and eTextbook are published under ISBN 0399591559 and 9780399591556. Since then Surrender, New York: A Novel textbook was available to sell back to BooksRun online for the top buyback price of $ 0.30 or rent at the marketplace.
Show more

Caleb Carr, the author of The Alienist and The Angel of Darkness, returns with a contemporary, edge-of-your-seat thriller featuring the brilliant but unconventional criminal psychologist Dr. Trajan Jones.

In the small town of Surrender in upstate New York, Dr. Jones, a psychological profiler, and Dr. Michael Li, a trace evidence expert, teach online courses in profiling and forensic science from Jones’s family farm. Once famed advisors to the New York City Police Department, Trajan and Li now work in exile, having made enemies of those in power. Protected only by farmhands and Jones’s unusual “pet,” the outcast pair is unexpectedly called in to consult on a disturbing case.

In rural Burgoyne County, a pattern of strange deaths has emerged: adolescent boys and girls are found murdered in gruesome fashion. Senior law enforcement officials are quick to blame a serial killer, yet their efforts to apprehend this criminal are peculiarly ineffective.

Jones and Li soon discover that the victims are all “throwaway children,” a new state classification of young people who are neither orphans, runaways, nor homeless, but who are abandoned by their families and left to fend for themselves. Two of these throwaways, Lucas Kurtz and his older sister, Ambyr, cross paths with Jones and Li, offering information that could blow the case wide open.

As the stakes grow higher, Jones and Li must not only unravel the mystery of how the throwaways died but also defend themselves and the Kurtz siblings against shadowy agents who don’t want the truth to get out. Jones believes the real story leads back to the city where both he and Dr. Kreizler did their greatest work. But will Jones and Li be able to trace the case to New York before they fall victim to the murderous forces that stalk them?

Tautly paced and richly researched, Surrender, New York brings to life the grim underbelly of a prosperous nation—and those most vulnerable to its failings. This brilliant novel marks another milestone in Caleb Carr’s triumphant literary suspense career.

“Every word of fiction Carr has produced seems to have been written in either direct or indirect conversation with Sir Arthur Conan Doyle. . . . [Surrender, New York]allows Carr to deploy his indisputable gift for the gothic and the macabre, and the pursuit is suspenseful and believable.”—USA Today

“[A] long-awaited return.”—O: The Oprah Magazine
“[A] superb mystery . . . [that moves] at a swift and often terrifying pace. As in The Alienist, Carr triumphs at every twist and turn.”—Providence Journal

“Edgar Allan Poe would have understood this book and hailed it a masterpiece. . . . A terrific story with a great setting and a very modern social message.”—The Globe and Mail

“Carr’s many fans will find this well worth the wait.”—Kirkus Reviews
Show more 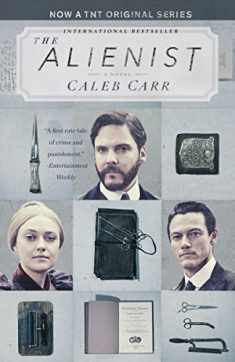 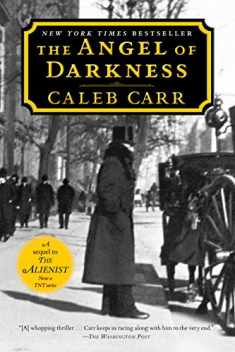 The Angel of Darkne...
by Carr, Caleb