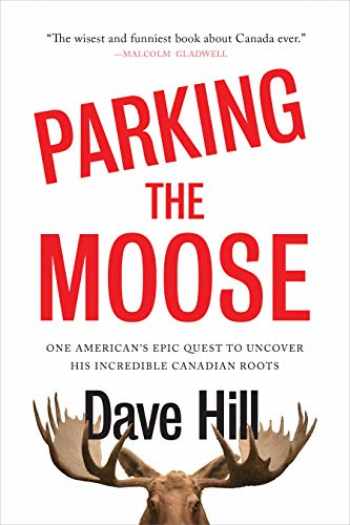 Parking the Moose: One American's Epic Quest to Uncover His Incredible Canadian Roots

A quarter-Canadian from Cleveland explores his roots--and melts your face with joy.

There's an idea most Americans tend to learn as children. The idea that their country is the "best." But this never stuck with Dave Hill, even though he was born and raised in Cleveland, Ohio. His grandfather, you see, was from Canada (Clinton, Ontario, to be exact). And every Sunday at dinner he'd remind Dave and anyone else within earshot that it was in fact Canada, this magical and mysterious land just across the mighty Lake Erie, that was the "best."

It was an idea that took hold. While his peers kept busy with football, basketball and baseball, hockey became the only sport for Dave. Whenever bacon was served at home, he'd be sure to mention his preference for the Canadian variety. Likewise, if a song by Triumph came on the radio, he'd be the first to ask for it to be cranked up as loud as it would go. And he was more vocal about the vast merits of the Canadian healthcare system than any nine-year-old you'd ever want to meet. (That last part is a lie, but hopefully it makes the point that he was so into Canada that it was actually kind of weird.)

In later years he even visited Canada a couple of times. But now, inspired by a publisher's payment of several hundred dollars (Canadian) in cash, he has travelled all over the country, reconnecting with his heritage in such places as Montreal, Moose Jaw, Regina, Winnipeg, Merrickville and of course Clinton, Ontario, meeting a range of Canadians, touching things he probably shouldn't and having adventures too numerous and rich in detail to be done justice in this blurb.

The result, he promises, is "the greatest Canada-based literary thrill ride of your lifetime."
Show more