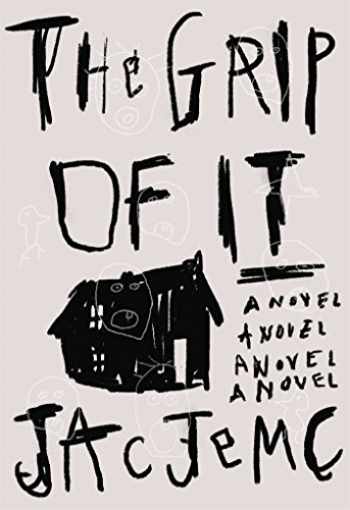 The Grip of It: A Novel

Finalist for the Chicago Review of Books Fiction Award, Dan Chaon's Best of 2017 pick in Publishers Weekly, one of Vol. 1 Brooklyn's Best Books of 2017, a BOMB Magazine "Looking Back on 2017: Literature" Pick, and one of Vulture's 10 Best Thriller Books of 2017.

Touring their prospective suburban home, Julie and James are stopped by a noise. Deep and vibrating, like throat singing. Ancient, husky, and rasping, but underwater. “That’s just the house settling,” the real estate agent assures them with a smile. He is wrong.

The move―prompted by James’s penchant for gambling and his general inability to keep his impulses in check―is quick and seamless; both Julie and James are happy to start afresh. But this house, which sits between a lake and a forest, has its own plans for the unsuspecting couple. As Julie and James try to establish a sense of normalcy, the home and its surrounding terrain become the locus of increasingly strange happenings. The framework― claustrophobic, riddled with hidden rooms within rooms―becomes unrecognizable, decaying before their eyes. Stains are animated on the wall―contracting, expanding―and map themselves onto Julie’s body in the form of painful, grisly bruises.

Like the house that torments the troubled married couple living within its walls, The Grip of It oozes with palpable terror and skin-prickling dread. Its architect, Jac Jemc, meticulously traces Julie and James’s unsettling journey through the depths of their new home as they fight to free themselves from its crushing grip.