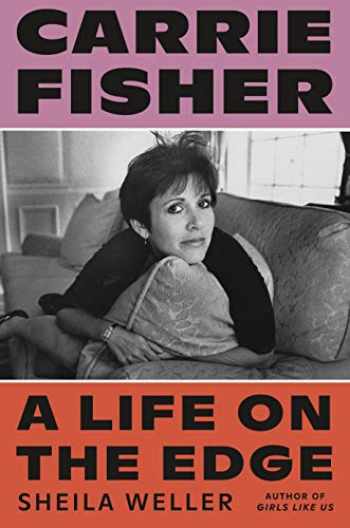 Carrie Fisher: A Life on the Edge

In her 2008 bestseller, Girls Like Us, Sheila Weller―with heart and a profound feeling for the times―gave us a surprisingly intimate portrait of three icons: Carole King, Joni Mitchell, and Carly Simon. Now she turns her focus to one of the most loved, brilliant, and iconoclastic women of our time: the actress, writer, daughter, and mother Carrie Fisher.

Weller traces Fisher’s life from her Hollywood royalty roots to her untimely and shattering death after Christmas 2016. Her mother was the spunky and adorable Debbie Reynolds; her father, the heartthrob crooner Eddie Fisher. When Eddie ran off with Elizabeth Taylor, the scandal thrust little Carrie Frances into a bizarre spotlight, gifting her with an irony and an aplomb that would resonate throughout her life.

We follow Fisher’s acting career, from her debut in Shampoo, the hit movie that defined mid-1970s Hollywood, to her seizing of the plum female role in Star Wars, which catapulted her to instant fame. We explore her long, complex relationship with Paul Simon and her relatively peaceful years with the talent agent Bryan Lourd. We witness her startling leap―on the heels of a near-fatal overdose―from actress to highly praised, bestselling author, the Dorothy Parker of her place and time.

Weller sympathetically reveals the conditions that Fisher lived with: serious bipolar disorder and an inherited drug addiction. Still, despite crises and overdoses, her life’s work―as an actor, a novelist and memoirist, a script doctor, a hostess, and a friend―was prodigious and unique. As one of her best friends said, “I almost wish the expression ‘one of a kind’ didn’t exist, because it applies to Carrie in a deeper way than it applies to others.”

Sourced by friends, colleagues, and witnesses to all stages of Fisher’s life, Carrie Fisher: A Life on the Edge is an empathic and even-handed portrayal of a woman who―as Princess Leia, but mostly as herself―was a feminist heroine, one who died at a time when we need her blazing, healing honesty more than ever.