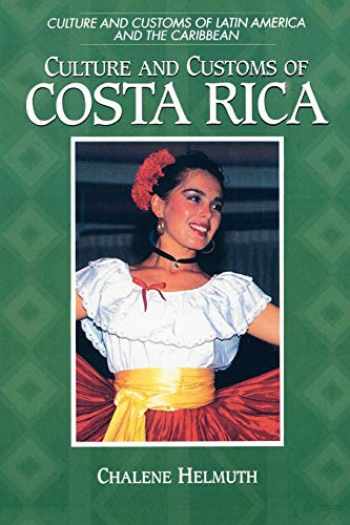 Costa Rica, the spectacularly beautiful Latin American nation, stands out from its neighbors in its political climate, economic stability, and social progressiveness. Culture and Customs of Costa Rica is a superlative introduction to the modern Costa Rica, which Costa Ricans compare in many ways to the United States. Helmuth, who spent her formative years in Costa Rica, provides an outstanding overview of this unusual and dynamic nation's place in Latin America. Featured topics include Costa Rica's:

• Art and the performing arts.

Written with the highest scholarly standards, but easily accessible to students and general readers, this well-written source goes far beyond the travel guide fare in providing in-depth information on this fascinating country.

Culture and Customs of Costa Rica begins with a discussion of how the country is unique in Latin America, including its incredible biodiversity, ethnic makeup, history, education policies, and women's roles. A chapter on religion covers indigenous faiths and focuses on the predominant Catholicism. Costa Rican social customs such as national traits, cuisine, family roles, and sports are presented engagingly. Chapters on media, literature, and the arts bring to light Costa Rican institutions and cultural figures. Informative appendices and a glossary round out the text.