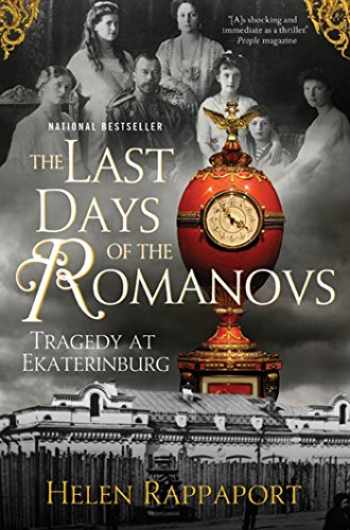 The Last Days of the Romanovs: Tragedy at Ekaterinburg

From the New York Times bestselling author of The Romanov Sisters and Caught in the Revolution, The Last Days of the Romanovs is Helen Rappaport's riveting, moment-by-moment account of the last fourteen days of the Russian Imperial family.

“The brutal 1918 massacre of the Romanov family may be familiar, but in Russian scholar Rappaport's hands, the tale becomes as shocking and immediate as a thriller. . . . A gripping read.” ―People magazine

This is the story of the murders that ended three hundred years of Romanov rule and set their stamp on an era of state-orchestrated terror and brutal repression. Counting down to the last, tense hours of the Imperial family's lives, Rappaport strips away the over-romanticized versions of previous accounts. The story focuses on the family inside the Ipatiev House, capturing the oppressive atmosphere and the dynamics of a group―the Romanovs, their servants, and guards―thrown together by extraordinary events.

Marshaling overlooked evidence from key witnesses such as the British consul to Ekaterinburg, Sir Thomas Preston, American and British travelers in Siberia, and the now-forgotten American journalist Herman Bernstein, Helen Rappaport gives a brilliant account of the political forces swirling through the remote Urals town. She conveys the tension of the watching world: the Kaiser of Germany and George V, King of England―both, like Alexandra, grandchildren of Queen Victoria―their nations locked in combat as the First World War drew to its bitter end. And she draws on recent releases from the Russian archives to challenge the view that the deaths were a unilateral act by a maverick group of the Ekaterinburg Bolsheviks, identifying a chain of command that stretches directly, she believes, to Moscow―and to Lenin himself.

Telling the story in a compellingly new and dramatic way, The Last Days of the Romanovs brings those final tragic days vividly alive against the backdrop of Russia in turmoil, on the brink of a devastating civil war.