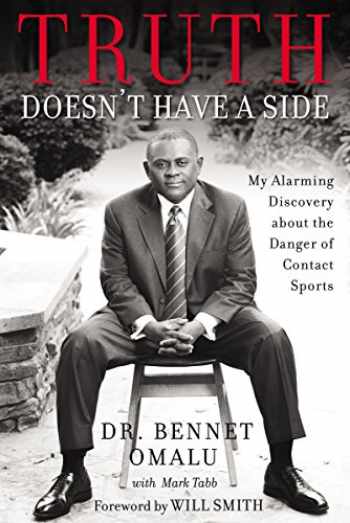 Truth Doesn't Have a Side: My Alarming Discovery about the Danger of Contact Sports

One day in 2002 the fifty-year old body of former Pittsburgh Steeler and hall of famer Mike Webster was laid on a cold table in front of pathologist Dr. Bennet Omalu. Webster’s body looked to Omalu like the body of a much older man, and the circumstances of his behavior prior to his death were clouded in mystery. But when Omalu cut into Webster’s brain, it appeared to be normal. Something didn’t add up.

It was at this moment, Omalu studying slides of Webster’s brain tissue under a microscope, that the world of contact sports would never be the same: the discovery of Chronic Traumatic Encephalopathy. CTE can result in an array of devastating consequences including deterioration in attention, memory loss, social instability, depression, and even suicide. And Omalu’s discovery of CTE in the brain of an American football player has become the catalyst of a blazing controversy across all contact sports.

At the center of that controversy stands the unlikely Dr. Bennet Omalu, a Nigerian-born American citizen, a mild-mannered, gentle man of faith. It is fascinating that it would take someone on the outside of American culture to make this amazing discovery, and refuse to let it be kept hidden. Dr. Omalu began his life in strife, growing up in war-torn Nigeria. But his medical studies in forensic pathology proved to be a lifeline. It fed his natural curiosity and awakened within a deeper desire to always search for the truth. Who would have thought that such an unexpected character would play such a role in bringing to life this world-changing data?

In Truth Doesn’t Have a Side, discover the truth about CTE: Its causes and symptoms, how we might keep our children safe and guide professional athletes when CTE sets in. The problem of CTE is coming to light with each new story about an athlete’s concussion problem, and we are likely facing dramatic changes to professional sports. You’ll be inspired by Dr. Bennet Omalu a man driven by his love and concern for the welfare of all people, and his professional vow to speak the truth.