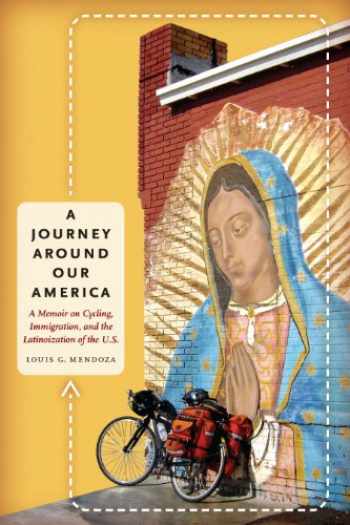 A Journey Around Our America: A Memoir on Cycling, Immigration, and the Latinoization of the U.S. (William and Bettye Nowlin Series in Art, History, and Culture of the Western Hemisphere (Paperback))

Immigration and the growing Latino population of the United States have become such contentious issues that it can be hard to have a civil conversation about how Latinoization is changing the face of America. So in the summer of 2007, Louis Mendoza set out to do just that. Starting from Santa Cruz, California, he bicycled 8,500 miles around the entire perimeter of the country, talking to people in large cities and small towns about their experiences either as immigrants or as residents who have welcomed—or not—Latino immigrants into their communities. He presented their enlightening, sometimes surprising, firsthand accounts in Conversations Across Our America: Talking About Immigration and the Latinoization of the United States.

Now, in A Journey Around Our America, Mendoza offers his own account of the visceral, emotional, intellectual, and spiritual dimensions of traveling the country in search of a deeper, broader understanding of what it means to be Latino in the United States in the twenty-first century. With a blend of first- and second-person narratives, blog entries, poetry, and excerpts from conversations he had along the way, Mendoza presents his own aspirations for and critique of social relations, political ruminations, personal experiences, and emotional vulnerability alongside the stories of people from all walks of life, including students, activists, manual laborers, and intellectuals. His conversations and his experiences as a Latino on the road reveal the multilayered complexity of Latino life today as no academic study or newspaper report ever could.