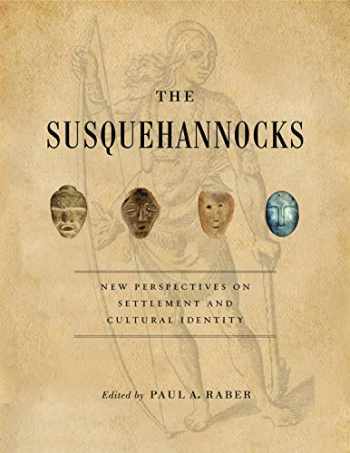 The Susquehannocks (New Perspectives on Settlement and Cultural Identity)

In the thirty-five years since the publication of Barry Kent’s seminal book, Susquehanna’s Indians, new and novel technologies, interpretive perspectives, and archaeological data have led to a reassessment of many aspects of Susquehannock life. This book presents these developments, bringing the study of the Susquehannocks into modern anthropological context.

An Iroquoian group that inhabited the lower Susquehanna River valley and portions of the Potomac River drainage, the Susquehannocks were key agents in the fur trade in the seventeenth and eighteenth centuries. They were consequently targets of sporadic warfare by the Iroquois Confederacy and attempted to seek refuge in a series of fortified villages near the Susquehanna River, but they were dispersed by the European colonizers, and in 1763 settlers massacred the remnants of the original nation. Drawing from evidence produced by new excavations, the eight essays in this volume provide original views on various aspects of the Susquehannocks’ history, including their origins, geographical spread, and contact with nonnative cultures. An important update to the history of the indigenous people of Pennsylvania, this collection will be welcomed by professional and avocational archaeologists interested in contact and colonialism as well as enthusiasts of Pennsylvania Native American history.