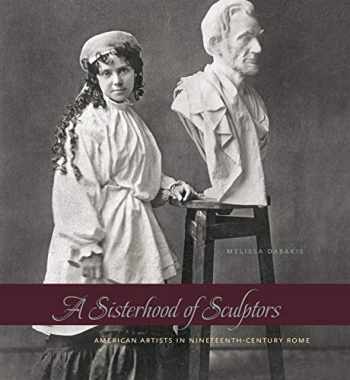 A Sisterhood of Sculptors: American Artists in Nineteenth-Century Rome

This project is made possible through support from the Terra Foundation for American Art.

When Elizabeth Cady Stanton penned the Declaration of Sentiments for the first women’s rights convention, held in Seneca Falls, New York, in 1848, she unleashed a powerful force in American society. In A Sisterhood of Sculptors, Melissa Dabakis outlines the conditions under which a group of American women artists adopted this egalitarian view of society and negotiated the gendered terrain of artistic production at home and abroad.

Between 1850 and 1876, a community of talented women sought creative refuge in Rome and developed successful professional careers as sculptors. Some of these women have become well known in art-historical circles: Harriet Hosmer, Edmonia Lewis, Anne Whitney, and Vinnie Ream. The reputations of others have remained, until now, buried in the historical record: Emma Stebbins, Margaret Foley, Sarah Fisher Ames, and Louisa Lander. At midcentury, they were among the first women artists to attain professional stature in the American art world while achieving international fame in Rome, London, and other cosmopolitan European cities. In their invention of modern womanhood, they served as models for a younger generation of women who adopted artistic careers in unprecedented numbers in the years following the Civil War.

At its core, A Sisterhood of Sculptors is concerned with the gendered nature of creativity and expatriation. Taking guidance from feminist theory, cultural geography, and expatriate and postcolonial studies, Dabakis provides a detailed investigation of the historical phenomenon of women’s artistic lives in Rome in the mid-nineteenth century. As an interdisciplinary examination of femininity and creativity, it provides models for viewing and interpreting nineteenth-century sculpture and for analyzing the gendered status of the artistic profession.