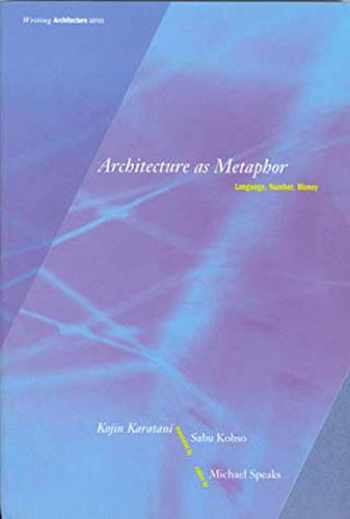 In Architecture as Metaphor, Kojin Karatani detects a recurrent "will to architecture" that he argues is the foundation of all Western thinking, traversing architecture, philosophy, literature, linguistics, city planning, anthropology, political economics, psychoanalysis, and mathematics.

Kojin Karatani, Japan's leading literary critic, is perhaps best known for his imaginative readings of Shakespeare, Soseki, Marx, Wittgenstein, and most recently Kant. His works, of which Origins of Modern Japanese Literature is the only one previously translated into English, are the generic equivalent to what in America is called "theory." Karatani's writings are important not only for the insights they offer on the various topics under discussion, but also as an example of a distinctly non-Western critical intervention. In Architecture as Metaphor, Karatani detects a recurrent "will to architecture" that he argues is the foundation of all Western thinking, traversing architecture, philosophy, literature, linguistics, city planning, anthropology, political economics, psychoanalysis, and mathematics. In the three parts of the book, he analyzes the complex bonds between construction and deconstruction, thereby pointing to an alternative model of "secular criticism," but in the domain of philosophy rather than literary or cultural criticism. As Karatani claims in his introduction, because the will to architecture is practically nonoexistent in Japan, he must first assume a dual role: one that affirms the architectonic (by scrutinizing the suppressed function of form) and one that pushes formalism to its collapse (by invoking Kurt Godel's incompleteness theorem). His subsequent discussions trace a path through the work of Christopher Alexander, Jane Jacobs, Gilles Deleuze, and others. Finally, amidst the drive that motivates all formalization, he confronts an unbridgeable gap, an uncontrollable event encountered in the exchange with the other; thus his speculation turns toward global capital movement. While in the present volume he mainly analyzes familiar Western texts, it is precisely for this reason that his voice discloses a distance that will add a new dimension to our English-language discourse. 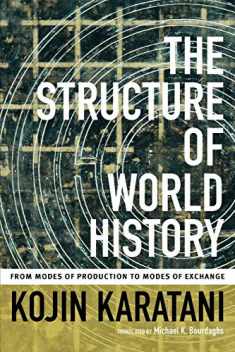 The Structure of Wo...
by Karatani, Kojin 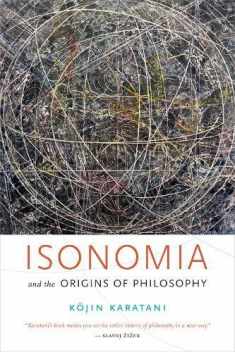 Isonomia and the Or...
by Karatani, Kojin