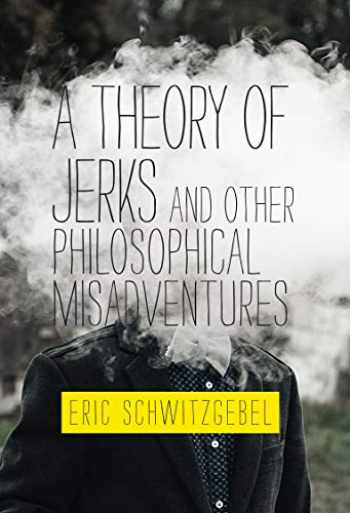 A Theory of Jerks and Other Philosophical Misadventures (The MIT Press)

A collection of quirky, entertaining, and reader-friendly short pieces on philosophical topics that range from a theory of jerks to the ethics of ethicists.

Have you ever wondered about why some people are jerks? Asked whether your driverless car should kill you so that others may live? Found a robot adorable? Considered the ethics of professional ethicists? Reflected on the philosophy of hair? In this engaging, entertaining, and enlightening book, Eric Schwitzgebel turns a philosopher's eye on these and other burning questions. In a series of quirky and accessible short pieces that cover a mind-boggling variety of philosophical topics, Schwitzgebel offers incisive takes on matters both small (the consciousness of garden snails) and large (time, space, and causation).

Schwitzgebel has selected these pieces from the more than one thousand that have appeared since 2006 in various publications and on his popular blog, The Splintered Mind, revising and updating them for this book. Philosophy has never been this much fun.