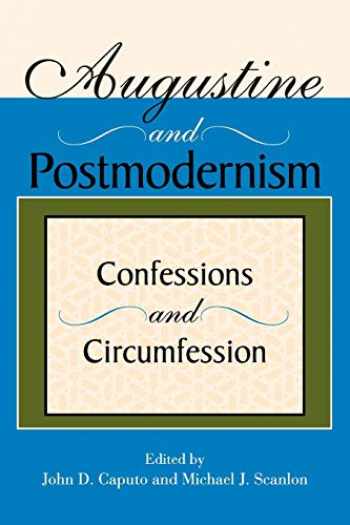 Augustine and Postmodernism: Confessions and Circumfession (Philosophy of Religion)

At the heart of the current surge of interest in religion among contemporary Continental philosophers stands Augustine’s Confessions. With Derrida’s Circumfession constantly in the background, this volume takes up the provocative readings of Augustine by Heidegger, Lyotard, Arendt, and Ricoeur. Derrida himself presides over and comments on essays by major Continental philosophers and internationally recognized Augustine scholars. While studies on and about Augustine as a philosopher abound, none approach his work from such a uniquely postmodern point of view, showing both the continuing relevance of Augustine and the religious resonances within postmodernism. Posed at the intersection of philosophy, theology, and religious studies, this book will be of interest to scholars and students of Augustine as well as those interested in the invigorating discussion between philosophy, religion, and postmodernism.

Indiana Series in the Philosophy of Religion―Merold Westphal, general editor