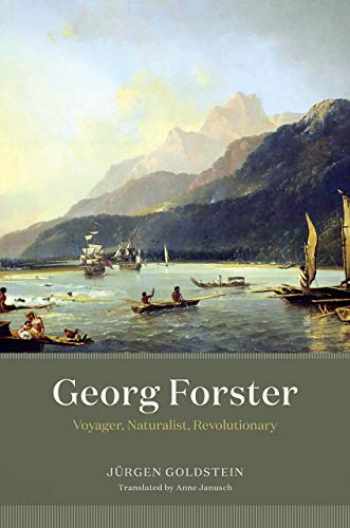 Acknowledged authors Goldstein, Jürgen wrote Georg Forster: Voyager, Naturalist, Revolutionary comprising 240 pages back in 2019. Textbook and eTextbook are published under ISBN 022646735X and 9780226467351. Since then Georg Forster: Voyager, Naturalist, Revolutionary textbook was available to sell back to BooksRun online for the top buyback price or rent at the marketplace.
Show more

“Stunning. . . . Read this book: in equal measure it will give you hope and trouble your dreams.”—Laura Dassow Walls, author of Henry David Thoreau: A Life and Passage to Cosmos: Alexander von Humboldt’s Shaping of America

Georg Forster (1754–94) was in many ways self-taught and rarely had two cents to rub together, but he became one of the most dynamic figures of the Enlightenment: a brilliant writer, naturalist, explorer, illustrator, translator—and a revolutionary. Granted the extraordinary opportunity to sail around the world as part of Captain James Cook’s fabled crew, Forster touched icebergs, walked the beaches of Tahiti, visited far-flung foreign nations, lived with purported cannibals, and crossed oceans and the equator. Forster recounted the journey in his 1777 book A Voyage Round the World, a work of travel and science that not only established Forster as one of the most accomplished stylists of the time—and led some to credit him as the inventor of the literary travel narrative—but also influenced other German trailblazers of scientific and literary writing, most notably Alexander von Humboldt. A superb essayist, Forster made lasting contributions to our scientific—and especially botanical and ornithological—knowledge of the South Seas.

Having witnessed more egalitarian societies in the southern hemisphere, Forster returned after more than three years at sea to a monarchist Europe entering the era of revolution. When, following the French Revolution of 1789, French forces occupied the German city of Mainz, Forster became a leading political actor in the founding of the Republic of Mainz—the first democratic state on German soil.

In an age of Kantian reason, Forster privileged experience. He claimed a deep connection between nature and reason, nature and politics, nature and revolution. His politics was radical in its understanding of revolution as a natural phenomenon, and in this often overlooked way his many facets—as voyager, naturalist, and revolutionary—were intertwined.

Yet, in the constellation of the Enlightenment’s trailblazing naturalists, scientists, political thinkers, and writers, Forster’s star remains relatively dim today: the Republic of Mainz was crushed, and Forster died in exile in Paris. This book is the source of illumination that Forster’s journey so greatly deserves. Tracing the arc of this unheralded polymath’s short life, Georg Forster explores both his contributions to literature and science and the enduring relationship between nature and politics that threaded through his extraordinary four decades.
Show more 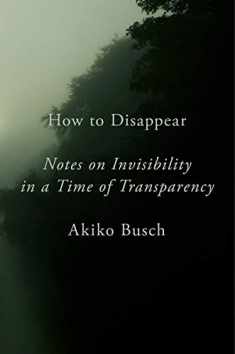 How to Disappear: N...
by Busch, Akiko