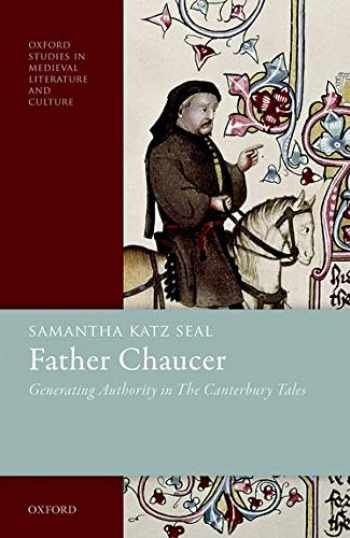 The monograph series Oxford Studies in Medieval Literature and Culture showcases the plurilingual and multicultural quality of medieval literature and actively seeks to promote research that not only focuses on the array of subjects medievalists now pursue -- in literature, theology, and philosophy, in social, political, jurisprudential, and intellectual history, the history of art, and the history of science -- but also that combines these subjects productively. It offers innovative studies on topics that may include, but are not limited to, manuscript and book history; languages and literatures of the global Middle Ages; race and the post-colonial; the digital humanities, media and performance; music; medicine; the history of affect and the emotions; the literature and practices of devotion; the theory and history of gender and sexuality, ecocriticism and the environment; theories of aesthetics; medievalism.

When Geoffrey Chaucer is named the 'Father of English poetry', an inherent assumption about paternity is transmitted. Chaucer's 'fatherhood' is presented as a means of poetic legitimization, a stable mode of authority that connects the medieval author with all the successive generations of English writers. This book argues, however, that for Chaucer himself, paternity was a far more fraught ambition, one capable of devastating male identity as surely as it could enshrine it. Moving away from anachronistic assumptions about reproduction and authority, this book argues that Chaucer profoundly struggled with his own desire to create something that would last past his own death. For Chaucer also believed that men were the humble, mortal playthings of an all too distant God. Medieval Christianity taught that the earth was but a temporary, sorrowful abode for corrupted men, and that the fall from grace was reborn within each generation of Adam's sons.

Chaucer knew that God had set sharp limits upon man's ability to create with certainty, and to determine his own posterity. Yet, what could be more human than the longing to wrest some small authority from one's own mortal flesh? This book argues that this essential intellectual, ethical, and religious crisis lies at the very heart of Chaucer's Canterbury Tales. Within this masterpiece of English literature, Chaucer boldly confronts the impossibility of his own aching wish to see his offspring, biological and poetic, last beyond his own death, to claim the authority simultaneously promised and denied by the very act of creation.