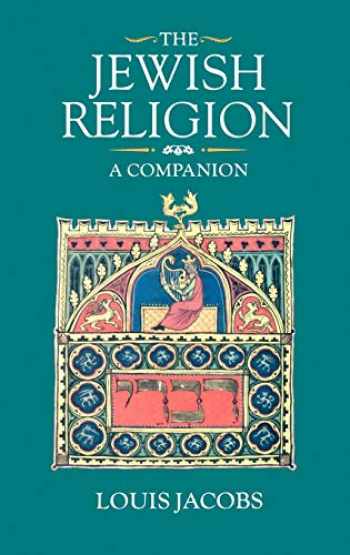 The Jewish Religion: A Companion

How do Orthodox, Conservative, and Reform Judaism differ? Is caviar kosher? Who was Maimonides? What is current Jewish thought on Jesus, sex, abortion, feminism, and capital punishment? Spanning from biblical times to the present, The Jewish Religion offers a goldmine of information on Jewish belief and practice, wisdom and culture, history and tradition.
Sweeping in scope and based on impeccable scholarship, this volume's 750 alphabetical entries range from Aaron to Zweifel to illuminate virtually every facet of the Jewish heritage. For example, the book explains Halakhah and Aggadah, the legal and non-legal sides of Jewish thought; traces the development of the Orthodox, Conservative, and Reform Movements; discusses Haskalah (the Jewish Enlightenment) and Hasidism; and explores the differences between the Spanish traditions of the Sephardim and the German traditions of the Ashkenazim. It examines the great philosophical questions underlying the Jewish faith; carefully examines Zionism, with its tension between religion and nationalism and its profound implications for the present and the future of Israel; and serves as a marvelous companion to Jewish religious and philosophical literature. Readers will find entries on all the books of the Old Testament--with compelling descriptions of the patriarchs, prophets, and law givers--on the oral and written Torah, on the Jerusalem and Babylonian Talmud, and on the Kabbalah. Jacobs examines all the great Jewish thinkers--from Rashi, Akiba, and Judah the Prince, to Maimonides, Spinoza, and Martin Buber--and he describes the thought of the Baal Shem Tov, founder of Hasidism, Rabbi Samson Raphael Hirsch, father of the Reform movement, and Theodore Herzl, the originator of modern Zionism. Finally, the book is filled with information on popular customs, rituals, and religious services, covering all the major holidays, providing guidance on prayer and liturgy, and explaining the dietary laws in detail. It even offers step-by-step instructions for conducting the Passover Seder, preparing matzoh, kindling the Hannukah lights, building a sukkah, and much, much more.
Here then is a matchless guide to Jewish religion, history, culture, and thought and a valuable repository of knowledge for both Jews and non-Jews alike.