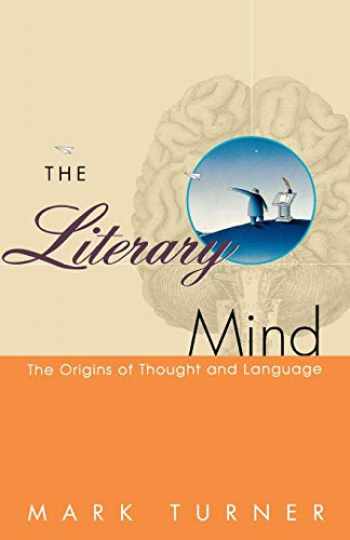 The Literary Mind: The Origins of Thought and Language

We usually consider literary thinking to be peripheral and dispensable, an activity for specialists: poets, prophets, lunatics, and babysitters. Certainly we do not think it is the basis of the mind. We think of stories and parables from Aesop's Fables or The Thousand and One Nights, for example, as exotic tales set in strange lands, with spectacular images, talking animals, and fantastic plots--wonderful entertainments, often insightful, but well removed from logic and science, and entirely foreign to the world of everyday thought. But Mark Turner argues that this common wisdom is wrong. The literary mind--the mind of stories and parables--is not peripheral but basic to thought. Story is the central principle of our experience and knowledge. Parable--the projection of story to give meaning to new encounters--is the indispensable tool of everyday reason. Literary thought makes everyday thought possible. This book makes the revolutionary claim that the basic issue for cognitive science is the nature of literary thinking.

In The Literary Mind, Turner ranges from the tools of modern linguistics, to the recent work of neuroscientists such as Antonio Damasio and Gerald Edelman, to literary masterpieces by Homer, Dante, Shakespeare, and Proust, as he explains how story and projection--and their powerful combination in parable--are fundamental to everyday thought. In simple and traditional English, he reveals how we use parable to understand space and time, to grasp what it means to be located in space and time, and to conceive of ourselves, other selves, other lives, and other viewpoints. He explains the role of parable in reasoning, in categorizing, and in solving problems. He develops a powerful model of conceptual construction and, in a far-reaching final chapter, extends it to a new conception of the origin of language that contradicts proposals by such thinkers as Noam Chomsky and Steven Pinker. Turner argues that story, projection, and parable precede grammar, that language follows from these mental capacities as a consequence. Language, he concludes, is the child of the literary mind.

Offering major revisions to our understanding of thought, conceptual activity, and the origin and nature of language, The Literary Mind presents a unified theory of central problems in cognitive science, linguistics, neuroscience, psychology, and philosophy. It gives new and unexpected answers to classic questions about knowledge, creativity, understanding, reason, and invention.