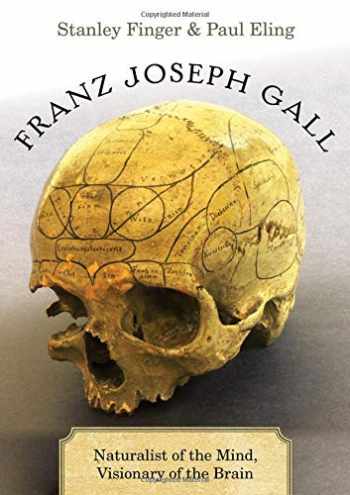 Franz Joseph Gall: Naturalist of the Mind, Visionary of the Brain

Franz Joseph Gall (1758-1828) was always a controversial figure, as was his doctrine, later called phrenology. Although often portrayed as a discredited buffoon, who believed he could assess a person's strengths and weaknesses by measuring cranial bumps, he was, in fact, a serious physician-scientist, who strove to answer timely questions about the mind, brain, and behavior. In many ways a remarkable visionary, his seminal ideas would become tenets of modern behavioral neuroscience. Among other things, he was the first scientist to promote publicly the idea of specialized cortical areas for diverse higher functions, while taking metaphysics out of his new science of mind. Moreover, although he obviously placed too much emphasis on "tell-tale" skull features (mistakenly believing that the cranium faithfully reflects the features of underlying brain areas), he fully understood the strength of "convergent operations," conducting neuroanatomical, developmental, cross-species, gender-comparison, and brain-damage studies on both humans and animals in his attempts to unravel the mysteries of brain organization.

Rather than looking upon Gall's "organology" as one of science's great mistakes, this book provides a fresh look at the man and his doctrine. The authors delve into his motives, what was known about the brain during the 1790s, and the cultural demands of his time. Gall is rightfully presented as an early-19th-century biologist, anthropologist, philosopher, and physician with an inquisitive mind and a challenging agenda--namely, how to account for species and individual differences in behavior. In this well-researched book, readers learn why, starting as a young physician in Vienna and continuing his life's work in Paris, he chose to study the mind and the brain, why he employed his various methods, why he relied so heavily on cranial features, and why he wrote what he did in his books. Frequently using Gall's own words, they show his impact in various domains, including his approach to the insane and criminals, before concluding with his final illness and more lasting legacy.