The Oxford Handbook of Aristotle reflects the lively international character of Aristotelian studies, drawing contributors from the United Kingdom, the United States, Germany, France, Switzerland, Italy, Canada, and Japan; it also, appropriately, includes a preponderance of authors from the University of Oxford, which has been a center of Aristotelian studies for many centuries. The volume equally reflects the broad range of activity Aristotelian studies comprise today: such activity ranges from the primarily textual and philological to the application of broadly Aristotelian themes to contemporary problems irrespective of their narrow textual fidelity. In between these extremes one finds the core of Aristotelian scholarship as it is practiced today, and as it is primarily represented in this Handbook: textual exegesis and criticism. Even within this more limited core activity, one witnesses a rich range of pursuits, with some scholars seeking primarily to understand Aristotle in his own philosophical milieu and others seeking rather to place him into direct conversation with contemporary philosophers and their present-day concerns. No one of these enterprises exhausts the field. On the contrary, one of the most welcome and enlivening features of the contemporary Aristotelian scene is precisely the cross-fertilization these mutually beneficial and complementary activities offer one another.

The volume, prefaced with an introduction to Aristotle's life and works by the editor, covers the main areas of Aristotelian philosophy and intellectual enquiry: ethics, metaphysics, politics, logic, language, psychology, rhetoric, poetics, theology, physical and biological investigation, and philosophical method. It also, and distinctively, looks both backwards and forwards: two chapters recount Aristotle's treatment of earlier philosophers, who proved formative to his own orientations and methods, and another three chapters chart the long afterlife of Aristotle's philosophy, in Late Antiquity, in the Islamic World, and in the Latin West. 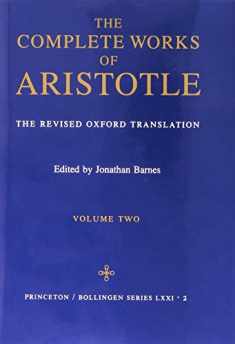 The Complete Works...
by Aristotle 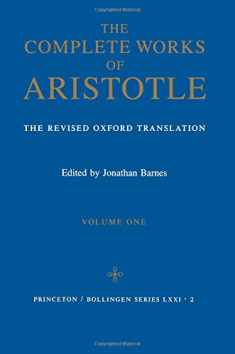 Complete Works of A...
by Aristotle