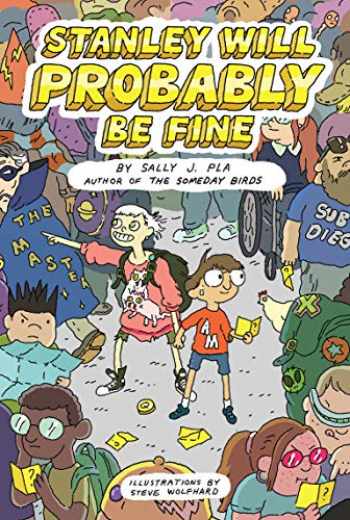 Stanley Will Probably Be Fine

This funny and moving second novel from the author of The Someday Birds features comic trivia, a safety superhero, and a super-cool scavenger hunt all over downtown San Diego, as our young hero Stanley Fortinbras grapples with his anxiety—and learns what, exactly, it means to be brave.

It’s what he takes comfort in when the world around him gets to be too much. And after he faints during a safety assembly, Stanley takes his love of comics up a level by inventing his own imaginary superhero, named John Lockdown, to help him through.

Help is what he needs, because Stanley’s entered Trivia Quest—a giant comics-trivia treasure hunt—to prove he can tackle his worries, score VIP passes to Comic Fest, and win back his ex-best friend. Partnered with his fearless new neighbor Liberty, Stanley faces his most epic, overwhelming, challenging day ever.

What would John Lockdown do?

Stanley’s about to find out.