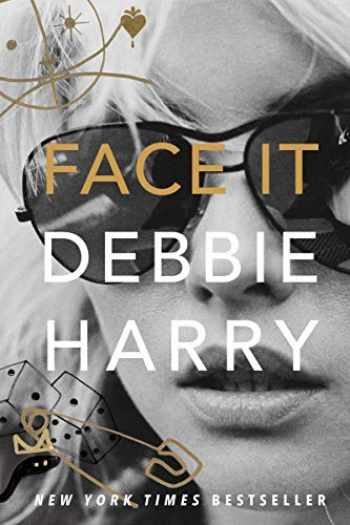 Face It: A Memoir

Acknowledged authors Harry, Debbie wrote Face It: A Memoir comprising 368 pages back in 2019. Textbook and eTextbook are published under ISBN 006074958X and 9780060749583. Since then Face It: A Memoir textbook was available to sell back to BooksRun online for the top buyback price of $ 0.19 or rent at the marketplace.
Show more

Filled with never-before-seen photos and art throughout, the much-anticipated autobiography from rock icon and lead singer of Blondie, Debbie Harry

BRAVE, BEAUTIFUL AND BORN TO BE PUNK

Musician, actor, activist, and the iconic face of New York City cool, Debbie Harry is the frontwoman of Blondie, a band that forged a new sound that brought together the worlds of rock, punk, disco, reggae and hip-hop to create some of the most beloved pop songs of all time. As a muse, she collaborated with some of the boldest artists of the past four decades. The scope of Debbie Harry’s impact on our culture has been matched only by her reticence to reveal her rich inner life—until now.

In an arresting mix of visceral, soulful storytelling and stunning visuals, Face It upends the standard music memoir while delivering a truly prismatic portrait. With all the grit, grime, and glory recounted in intimate detail, Face It re-creates the downtown scene of 1970s New York City, where Blondie played alongside the Ramones, Television, Talking Heads, Iggy Pop and David Bowie. Aesthetically dazzling, and including never-before-seen photographs, bespoke illustrations and fan art installations, Face It brings Debbie Harry’s world and artistic sensibilities to life.

Following her path from glorious commercial success to heroin addiction, the near-death of partner Chris Stein, a heart-wrenching bankruptcy, and Blondie’s breakup as a band to her multifaceted acting career in more than thirty films, a stunning solo career and the triumphant return of her band, and her tireless advocacy for the environment and LGBTQ rights, Face It is a cinematic story of a woman who made her own path, and set the standard for a generation of artists who followed in her footsteps—a memoir as dynamic as its subject.

“I was saying things in songs that female singers didn’t really say back then. I wasn’t submissive or begging him to come back, I was kicking his ass, kicking him out, kicking my own ass too. My Blondie character was an inflatable doll but with a dark, provocative, aggressive side. I was playing it up yet I was very serious.”—From Face It