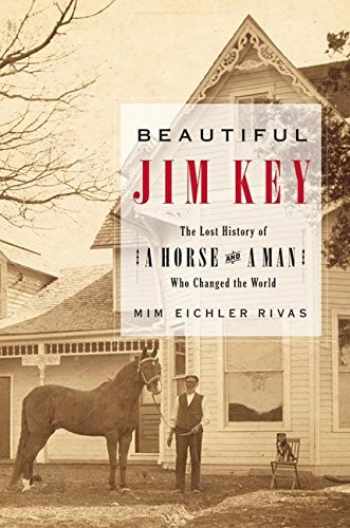 Beautiful Jim Key: The Lost History of a Horse and a Man Who Changed the World

For close to a century, a majestic chapter of American history has been buried in an obscure grave in Shelbyville, Tennessee. Beautiful Jim Key, the onetime ugly duckling of a scrub colt that became one of the most heralded and beloved heroes of his day, was famous neither for his beauty nor his speed but instead for his exceptional intelligence. Said to have an I.Q. equivalent to that of a human sixth-grader, Jim exploded on to the national scene in 1897 by demonstrating inexplicable abilities to read, write, spell, do mathematics, tell time, sort mail, cite biblical passages, and debate politics.

For the next nine years, Jim performed in nationwide expositions and world's fairs to wildly receptive crowds, smashing box-office records, overcoming hurdles of prejudice and skepticism, all the while winning rapturous praise from the press and leaders such as President McKinley, Booker T. Washington, and Alice Roosevelt Longworth.

In this breathtaking saga, Jim's astonishing journey is coupled with that of his trainer and best friend, Dr. William Key, a self-taught veterinarian, former slave, Civil War veteran, prominent African-American entrepreneur, and one of the most renowned horse whisperers of his time -- a man who shunned all force in the training of horses, instead relying on kindness and patience.

Masterful storyteller and bestselling author Mim Eichler Rivas at long last gives two cultural icons their due, not only unraveling the mystery of their disappearance but examining how, thanks to the rare and intimate relationship between horse and man that was championed by promoter and humane activist Albert R. Rogers, a dramatic shift took place in the public mind that made kindness to animals a cornerstone of modern civilization and helped launch the animal rights movement. Unveiled against the backdrop of American history, Beautiful Jim Key is their incredible tale.