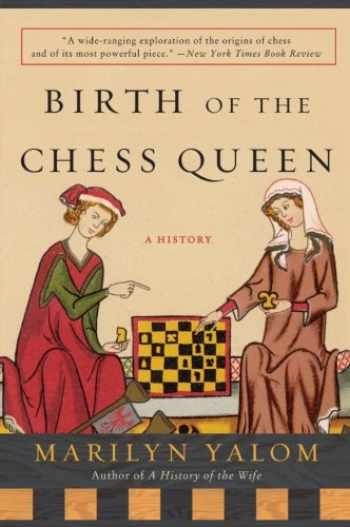 Birth of the Chess Queen

Everyone knows that the queen is the most powerful piece in chess, but few people know that the game existed for five hundred years without her. In India, Persia, and the Arab lands, where the game was first played, a general or vizier (chief counselor to the king) occupied the square where the queen now stands. Not until the year 1000, two hundred years after Arab conquerors brought chess to Southern Europe, did a chess queen appear on the board. Initially, she was the weakest piece, moving only one square at a time on the diagonal, yet by 1497, during the reign of Isabel of Castile, the chess queen had become the formidable force she is today. How and why did this transformation take place? Birth of the Chess Queen examines the five-hundred-year period between the chess queen’s timid emergence and her elevation into the game’s mightiest piece. Marilyn Yalom, inspired by a handful of surviving medieval chess queens, traces their origin and spread from Spain, Italy, Germany, France, and England, to Scandinavia and Russia. In a lively and engaging narrative, Yalom draws parallels between the birth of the chess queen and the ascent of female sovereigns in Europe, presenting a layered, fascinating history of medieval courts, with their intrigues and internal struggles for power. Further, she shows the connection between the chess queen, the cult of the Virgin Mary, and the cult of Romantic Love, all of which impacted European society for centuries to come. Illustrated with beautiful art throughout, this book takes a fresh look at the politics and culture of medieval Europe, the institution of queenship, and the reflections of royal power in the figure of the chess queen.