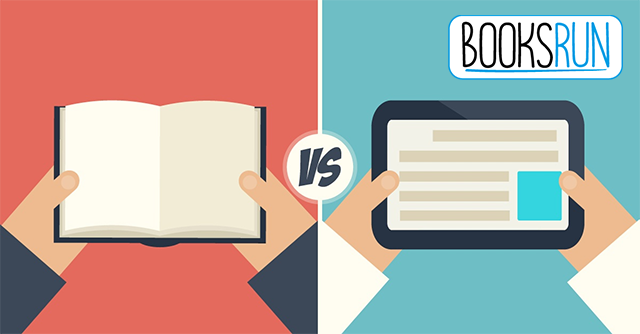 1.  Have you ever wondered how print came to be?

It all dates back to the 2nd century when the Chinese started using wooden blocks to print images of flowers on silk. However, only from the 7th century they began printing on paper and the first ever complete printed book, called the Diamond Sutra, was created in 868AD. The art of printing soon spread to other countries like Europe, Korea, Japan, and at the same time emerged various ideas and modifications to improve the technique of printing. 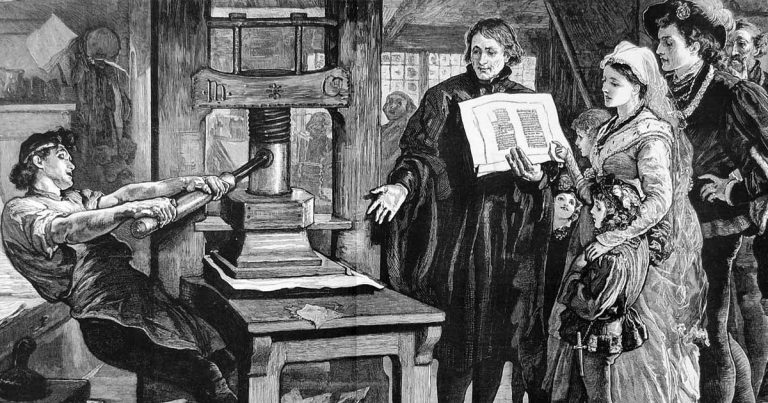 By the mid-15th century, a number of print masters in Europe were already getting closer to perfecting the printing technique. One of them, Johannes Gutenberg, in 1454 devised an innovative method of carving just the mirror images of individual letters on a small block instead of carving entire words and phrases. Being that the letters could be moved easily and arranged to form new words, the human effort, as well as the cost, was reduced to a significant level. Gutenberg’s invention could print thousands of pages per day. This device came to be known as the printing press and it revolutionized the printing industry.

2. The Impact of the Printing Press 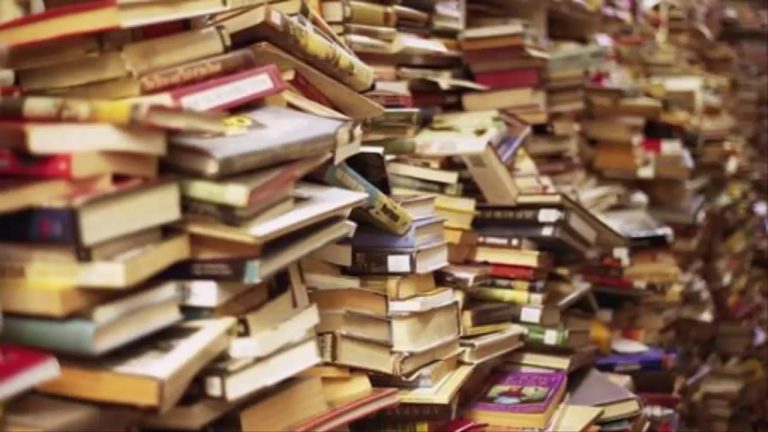 Throughout the years print developed at an exceptionally fast rate. Every third person could read, write, and exchanging information became a lot easier. Using the printing press, book production increased from a few million to one billion copies in less than four centuries. Gutenberg’s printing press had not only a social impact on society but also a religious and educational one. The use of books and printed materials in learning institutions became widespread, universities began the establishment of libraries, book depositories, archives, etc and at the same time books became easily attainable to all.

Needless to say, as technology began to advance, people became less dependent on print and sought out other variants on the Internet. This, however, did not alter the production of books as the traditional method could never be replaced. Within the years numerous learning institutions started making investments in digital classroom equipment such as school-issued iPads, access to electronic textbooks, and in 2011, Florida lawmakers passed legislation requiring public schools to convert their textbooks to digital versions. Many students work with digital resources now, but there are some who still believe that print could be more beneficial.

3. So which is more efficient? Digital or Print? 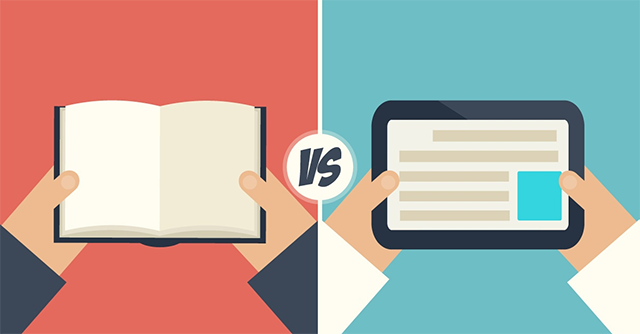 In 2017 a survey was conducted in order to determine students’ ability to comprehend information either on paper or from screens. They were given two passages to read, one on paper and the other online and were to perform three following tasks; describe the main idea of the texts, list key points covered in readings and provide any other relevant content they could recall. The result showed that although students preferred reading digitally and that it was significantly faster online than in print, overall comprehension was better when read on paper. The medium didn’t matter for general questions like understanding the main idea of the text, but when it came to specific questions, comprehension was significantly higher for those who read printed texts. This survey also coincided with the 1992 research which showed that students were able to better comprehend information in print for texts that were more than a page in length.