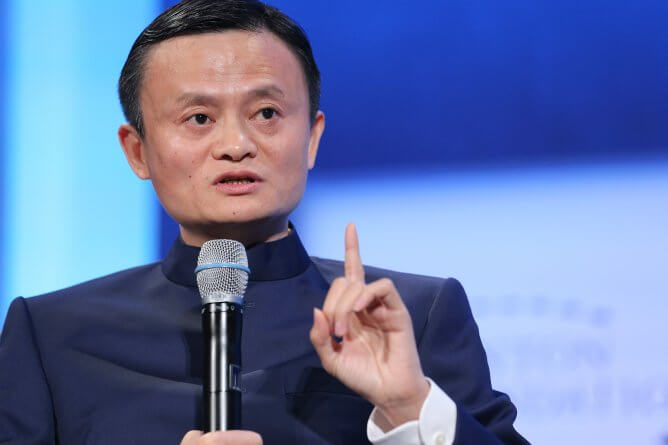 Who is Jack Ma?

If you happen to follow the Forbes Magazine on Facebook and you regularly devour articles about recent IPOs, business models and successful CEOs, then we do not need to introduce you to the phenomenon of Jack Ma. Also if you a shopaholic who is used to making purchases online, then you definitely used the services of the e-commerce website AliExpress. Jack Ma has become the new Bill Gates for the past several years. When he was starting out, he had barely an idea about the Internet and computers which makes it even more astonishing that he has succeeded at building one of the biggest tech empires in the world! Nowadays his name is among such a plead of people like the CEOs of Microsoft, Google, Oracle, Amazon and Dropbox. What an achievement! Some of you might think immediately that the guy was lucky to be born in a rich family with useful connections that led him to the right place at the right time. Others might assume that he has always been a tech genius and since the earliest age, he was already building electrical circuits and writing prototype, models. Now, listen to this: it is all not how it was in reality! Today one of the most successful people in the world with the net worth of 40 Billion USD is not afraid to share his real story to success full of difficulties and sometimes even despair.

Jack Ma, aka Ma Yun, did not have a rich dad and was born in Communist China during the period when it was very isolated from the West. After the American president Nixon visited Hangzhou, Jack’s hometown became a new tourist Mecca. Jack understood very quickly the importance of English language and would offer city tours to foreign visitors in exchange for lessons in English for 9 years in a row. He would ride as far as 70 miles on his bicycle just to have the opportunity to practice his English. This explains his excellent language skills and also his anglicised name “Jack” which was given to him by one of his American friends at that time.

Having no money or important connections, Jack Ma quickly realized that a good education is his only way to achieve his big goals. He attempted to enter the university 3 times but all the time he failed his entrance exams. He sent his application to Harvard University 10 times but got rejected every single time. In the end, he enrolled at the Teacher’s College which was at the bottom of prestigious universities ranking in China. After graduation, he started applying for as many jobs as he could and that is when he got really depressed. He got rejected from 30 jobs including KFC and got hired as an English teacher with the salary 10$ a month.

1995 was an important year for Jack: he went with his friends on a trip to the USA and that is when he heard about the internet. His first online search was “beer” and he became very surprised that there were no Chinese beers coming up in the results. This experience made him realize that the Internet offers vast possibilities to entrepreneurs in China and the first thing he did upon the return was to found an internet company.

The Story of “Alibaba”

The first two business ventures of Jack Ma did not succeed at all. Once he invited his 17 friends to his apartment and presented his idea of an online marketplace “Alibaba”. He convinced his friends to invest in his vision of connecting exporters with direct customers with the help of the internet.

For the first three years, they had 0 profit but Jack received a lot of letters from the users of his internet platform thanking him for the services. This made him believe that he is on the right track and would stimulate to continue reaching out for the big future. Step by step the company started to become more recognised and started to attract users from all over the world. By 1999, the company succeeded in raising $5 million from Goldman Sachs and $20 million from Softback to scale up the company and make it more present across the world. As there was more work to do and the times would become stressful, one of Jack Ma’s most famous quotes to support his colleagues at that time was :

“We will make it because we are young and we never, never give up”

That is his style of doing business: Jack Ma has always insisted on having a sense of fun at Alibaba. This is what is best in his life and what has helped him to stay goal-driven. The first time the company became profitable, he gave a can of Silly String to each employee to fully enjoy their achievement. In the 2000s when they started a daughter company Taobao with an intention to become a direct competitor of eBay, Jack Ma and his team would do handstands during breaks to recharge their energy levels! Even the company name “Alibaba” was invented when Ma was sitting in a coffee shop thinking on how to unlock the potential of small Chinese manufacturers and vendors. In the story “Ali Baba and the Forty Thieves” a secret password would unlock a throve full of riches and in the case of Jack Ma, it was his company that revealed the potential of small businesses to the world.

The biggest breakthrough for Alibaba came in 2005 with the appearance of Jerry Yang, the founder of the website yahoo.com. He invested $1 billion in Ma’s company in exchange for a 40% stake in it. This was extremely important for Jack Ma who was in the process of beating eBay in China and for Yahoo in the end as well since they netted around $10 billion in 2014 when Alibaba went for IPO. It was the largest offering for a US-listed company in the history of the NY Stock Exchange with a whopping $25 billion raised and still, it is the biggest IPO in history. This business news went viral in financial media press all over the world including Business Insider, The Wall Street Journal and the New York Times. Also, it made instantaneously Jack Ma the richest man in China. He considered this event as proof of the biggest trust and support from the people from all over the world rather than getting a lot of money.

“Don’t worry about money. Money follows people. People should follow their dreams. So if you have a dream, just go ahead.”

After bringing the company to financial stardom in 2014, Jack Ma decided to step down from his CEO post to continue as executive chairman. This would give him more opportunities to concentrate on his philanthropy work. He became interested in the sustainable environment after one of his family members got sick because of the air pollution. Now he sits on the board of the Nature Conservancy and was the key figure behind the funding of a large nature reserve in China.

Turning into a mega-wealthy man and a celebrity all over the world and in particular in his home country did not change Jack Ma the way who he is. He continues to enjoy his modest hobbies. Since childhood, he was obsessed with collecting crickets and making them fight and he can guess the type of cricket just by hearing the sound it makes. He also likes reading, writing Kung Fu fiction, playing poker, practising meditation and Tai Chi. He is also known for being very private about his personal life. Jack Ma met his wife Cathy Zhang at the Teacher’s college where both were students in the 1980s. Both of them have not been noticed for splurging money on exotic cars or houses. Ma has always told his employees that despite their wealth and success they should always stay “a batch of genuinely noble people, a batch of people who are able to help others, and who are kind and happy”. Looks like Jack Ma is the most loyal proponent of this advice himself.

Jack Ma’s modesty is not surprising since he earned all his money himself through hard work and dedication. The Chinese billionaire is known as a keen supporter of a 12-hour working day which he calls a “blessing”: he argues for the working hours from 9am to 9pm per six-day week. It is a so-called “996 system” which allowed China to consistently enjoy the economic growth of 10% from the late 1970s to the mid-2000s. After better economic conditions and salaries, a lot of Chinese people started to cut down their working hours which led to the slowdown in economic growth to 6% in recent years.

Another interesting side of Jack Ma’s character is his love for performance. He is a natural entertainer and crowds of people gather to listen to his talks and performances. Alibaba hosts annual talent shows and Ma is one of the most active participants there. The most famous of his performances was at a company anniversary event when he performed in front of 20,000 Alibaba employees dressed as a punk rocker.

In one of the recent inspirational talks, Jack Ma shared once again his goal-oriented principles with the audience. His sincere words of wisdom will shake your traditional understanding of life and will encourage you to turn into reality all those ideas that you have on your mind every evening! According to Ma, if you want to work for yourself, all you do has to meet the needs of your customers. Opportunity always lies there, where people complain. What can you do to make a difference? So many people have wonderful ideas but every morning they get up at the same time to go to the same job following the same route. If you want to become an entrepreneur, you need to wake up earlier than others! You need to master the inner calmness better than others so you should meditate more than others do! Be braver! Use your instinct! Make a lot of mistakes since every mistake takes you closer to your success. Fall down and get up again, train your perseverance!

All these skills and competencies will become invaluable in the future driven by technology and charged by competitiveness. Jack Ma predicts that entrepreneurs will have to re-orientate their business model to C2B consumer-to-business approach. The world will be connected by data and there will be so much data that the manufacturer will have to customize things to satisfy his clients. Otherwise, businesses will not survive in the future. Flexibility, user-friendly services and products, as well as customization, are the drivers for successful companies of the future. They will let these companies integrate well in the markets of what Jack Ma calls D-economy, i.e. Data-Economy. Everyone who is dreaming of becoming an aspiring business leader in the near future has to remember the most important advice from Jack Ma: