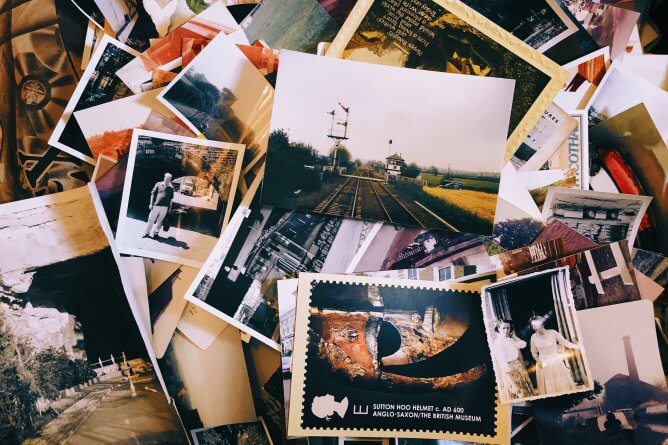 Do you remember your school times when you had to memorize poems and recite them in front of the class? And we all know very well how we learnt these texts in half an hour during the lesson before the teacher called our name because the evening before we had been hanging out with friends. What happened now when we have to double check the family name or even the address since we couldn’t remember it? How many times recently were you trying to remember unsuccessfully the word which was at the tip of your tongue? Below we will discuss some ideas and techniques on how you can sharpen your memory – this will be handy during your revision sessions and exams!

In the study on the influence of different aromas on human cognitive processes, scientists have discovered that rosemary aroma has a profound effect on people’s working memory. In a 2003 experiment on long-term memory abilities of people, researchers asked volunteers to do attention and reaction tests in three types of environments: inside a scent-free cubicle,  in a cubicle infused with essential oil from rosemary and in cubicles scented with lavender oil.

The results of the experiment demonstrated that volunteers had significantly better long-term and working memory performance in the rosemary aroma environment than in unscented cubicles; the results from the lavender-scented space were less satisfactory in comparison to the two other environments. The participants reported that the smell of rosemary made them fell more alert in comparison to the control scent-free group, whereas the smell of lavender made people relax.

So if you have your exam in the morning and you have just woken up, your best alternative to coffee can be smelling a rosemary plant on your windowsill!

We all know the old saying: “we are what we eat”. Looks like even science agrees upon that as well: according to the recent research, a good diet accounts for the main difference between those who are full of energy at 70 and others who at 40 looks tired and haggard.  If you want to age gracefully not only outside but on the inside as well, you should start eating food high in antioxidants such as blueberries, apples, bananas, dark green vegetables and carrots. The molecules of antioxidants neutralise harmful electrons in your bloodstream: with age, they accumulate more and more and start killing your brain cells unless you take preventive actions. So if you kill these electrons first, you will slow down the ageing processes in your brain and your memory will be strong as ever.

It is worth noting that your brain uses healthy fats for building its structure, in those of Omega-3 fatty acids. To make sure your brain is capable of repairing itself and that its neurons firing works properly, you have to eat enough of fish and nuts every week. Eating a bit of black chocolate in the morning should help sharpen your memory and cognition as well since it contains a lot of precious antioxidants called flavanols. But measure your chocolate intake since it is rich in saturated fat and the excessive amounts will make you sluggish!

In a 2002 study conducted in the UK, it was noticed by the scientists that gum-chewers performed significantly better in long-term and short-term memory tests than did people with empty mouth. Subsequent studies of the components of the gum showed that the improved cognitive performance was not linked with the actual gum; the effect was rather due to the processes generated by chewing. The scientists assumed that chewing gum provokes juices flowing in a human body which in return increase heart rate.

So now you know what to do: start chewing some gum right before advanced maths exercises and see what happens!

We all understand that in order to have nice contours of the figure, we need to sweat in the gym at least 3 times a week. The same principle applies to your brain muscles: to keep them in a good shape, you have to train them and make them “sweat”.  Good old Sudoku and crossword puzzles are the leaders among the games which stimulate your logic and knowledge recall; they make neuron firing in your brain smoother and faster and as a result, you memorize and remember information easier.

Get a Quality Night Sleep

When you switch off lights, your brain continues its organisation work: it consolidates the information you learnt and applied during the day and neatly files your newly formed associations and memories to the right places. Therefore, it is important not to skip your night’s sleep since it will mix up the memory files in your brain: if something gets lost, it will be hard to retrieve later!

The research on kids’ performance at school demonstrated that physical exercises stimulate grey matter in the brain. The memory centre called the hippocampus shrinks with age but having regular physical activity such as walking helps to retain its original volume. In another study led by Arthur Kramer from the University of Illinois-Urbana Champaign, doing regular aerobics has helped people aged 55-80 to increase their hippocampus by 2% whereas their same-aged fellows with no physical activity lost 1% of their hippocampus’ size.  Therefore, stimulating blood flow in your brain by doing regular physical activity will help you slow down the aging effects on your memory!