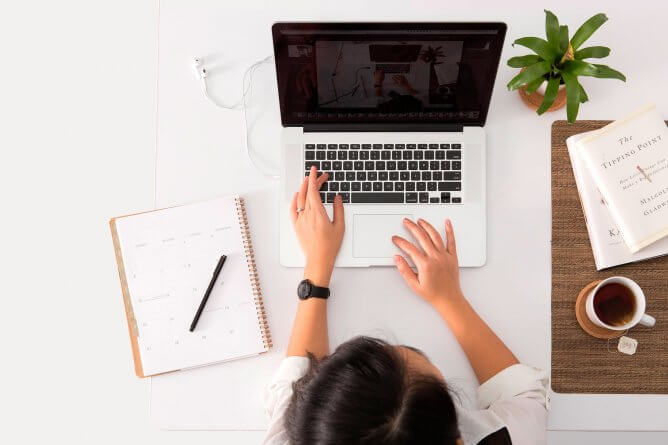 The start of the new year is the best time to set new goals and embark on your ambitious projects.

Your mindset is open for new beginnings, you are full of strength and enthusiasm… or not? Is it only in the heads of marketing professionals? I bet these few days and weeks of 2020 were like any other day, week, or month, which are not devoid of procrastination, disappointments, and bad habits. We all know that we should break up our goals into manageable tasks and micro-goals, stick to the designed timetable, and apply some sophisticated time-management system.

However, some of our resolutions like doing sports regularly, preparing for classes in advance, or tidying up your dorm room are incredibly fragile, especially if you do not back them up with the right habits.

Here we won’t advise you on WHICH good habits you should adopt but we will tell you HOW — how to form a lasting habit, how to get rid of bad habits and how to modify your existing behavioral systems. This will help you to embark on a year- or decade-long journey of realizing your goals—be it for healthy wellbeing or improving your study performance.

Charles Duhigg in his bestselling book from 2012 The Power of Habit: Why We Do What We Do in Life and Business disseminated a bold statement, backed up by decade-long scientific research — we require habits not only for productivity or high performance but for bare survival. Habits like brushing teeth, combing hear, having oats for breakfast, or scrolling Instagram when you’re bored do not require any active decision-making. These behavioral patterns are processed not by our “thinking minds” but by the basal ganglia in the core of our brains. In this way, our brain saves enough space and energy for processing indeed important tasks while routinized movements are conducted without active thought processes. Half of our daily actions are habits! Other researchers support this statement and claim that successful individuals and companies rely on good habits. Healthy lasting habits will aid you in succeeding, let’s say, in implementing regular study sessions throughout the term so that you’re almost ready for the finals!

What is a habit?

Any habit consists of three components — a signal (or a cue), an action, and a reward. All together they are called a habit loop. A signal (for instance, an alarm clock ringing) initiates an action: the signal hints your brain which appropriate habit to perform in an “autopilot” mode. When hearing the alarm ringing in the morning, some people can get up at once and head to the shower, while others snooze for the next twenty minutes. These two behaviors are different “autopilot” systems associated with the same signal. Anything can be a cue for a habit: According to Duhigg, the most common cues for triggering a habit are place, time, emotional state, people surrounding you, and a preceding action.

Then comes an action itself — the core of any habit. It can be either a simple physical action as brushing your teeth or a complicated process such as taking a test of a chapter from your textbook once you have finished reading it. Although these are the actions we want to change or implement, we rarely analyze them within their context of signals and subsequent rewards. Only understanding the system — the whole habit loop — can give you a pathway to cultivating lasting habits.

The final element that concludes the action is a reward — it can be a physical or an emotional state or something material like food or money. A reward gives you motivation and instigates your brain to remember this particular habit loop to perform it again and again. Taking up the example with the alarm: for those who keep on snoozing, the reward consists of these minutes of sweet sleep. The dopamine is flooding your body, your brain decides to keep this pleasurable habit of snoozing and sleeping longer. For those people who head straight to the shower, the warm water and the feeling of freshness can be a good reward that stimulates this type of behavior. We can socially stigmatize the first behavioral pattern as “unproductive” and praise the other one as “healthy” but for our brains both are equal. The brain does not differentiate between bad and good habits and sticks to whatever you’ve been doing over weeks and years. This is what makes abandoning bad habits so hard.

Another crucial component in this loop is craving. It might seem that you crave after the action (for example, drinking gallons of coffee) but you are desiring the reward. Since we are all unique and have different preferences, the same action can be stimulated by different cravings — you can drink up to six cups of coffee not because you are low on energy but because you want to socialize with your peers while ordering it in Starbucks nearby.

Recognizing and writing down these elements of your habits will help you to modify them. Your habits and the signal-reward systems are unique, therefore there might not be a single recipe for making changes. You need to create your signature way, but you have all the instruments at hand.

Here you can find detailed examples of how to break down a habit loop into elements. These examples come from Atomic habits by James Clear, whose system is built upon the one developed by Duhigg.

How to change your habits?

First of all, you need to identify the area where you want to introduce new habits (or change the old ones) and understand why you want to make these changes. To give an example: you want to introduce a healthy studying routine to avoid binge studying at the end of the term. Then you should set the actions (which will later be your habits) that will lead you to this goal; in our case these are, let’s say, regularly reading a textbook (two times a week) and making notes for each chapter in order to better keep up with college homework.

The second phase is to evaluate your current approach to studying, why it doesn’t work and what should be improved. If you go to the library with a great desire for studying a chapter but in twenty minutes you find yourself scrolling Facebook and stalking your school mates — you have a bad habit. As we know now, a habit is easy to create but hard to avoid, so don’t use your resources for blaming yourself. Instead, concentrate on altering your bad habit so that in the end it becomes your resource for sticking to regular studying.

Good news — you know how a habit works so, when equipped with motivation and diligence, you can change it. Ask yourself: what are my habit loops? Break down your habits as shown above. Over a week take notice of all kinds of signals (time, place, surrounding, etc.) that might start the action you want to change. Be especially careful with recognizing the reward — it is often not the most obvious answer. Try to experiment to find out what exactly satisfies your desire. A banal example from The Power of Habit — if you eat an apple instead of eating a cookie and the desire fades away — you were eating a cookie because you’re hungry. If it stays — maybe you desire for a cookie because you want to take a break or have a chat with your friends on your way to the canteen? With this method of trial and error, you can find the intrinsic reward — the initial desire — that motivates the habit.

Duhigg’s “Golden rule” says that it’s hard to introduce a new habit or drop a bad one — this is why you should try to modify an existing habit instead. You should keep the signal and the reward but change the action. You scroll through Instagram because you are bored and you want a news intake; instead, you can choose to talk to your peer students for ten minutes and go back to your studies. If you hang on social media because you are simply tired, try to meditate for ten minutes (apps like Headspace or Calm provide you with a nice reward system that helps you stick to this nice healthy habit). However, these changes in your actions are not going to happen on their own — you need to believe in what you are doing. For this reason, having a peer group or a study group around is an extremely helpful support system.

Alternatively, you can also try to vary your environmental signals and triggers for changing your bad habits; although this is against the “Golden rule”, it’s nonetheless proven to be helpful and should facilitate the change in the action discussed above. As we know, our habit loops are often instigated by specific times and places; therefore, try to change a library where you study or at least take a different spot. You can help yourself to avoid bad triggers by blocking social media apps and websites with apps like Coldturkey or built-in apps on your phone. Therefore, your new healthy action of talking to your peers or meditating will be easier to choose. You can introduce an additional trigger- and reward-elements for studying with the Pomodoro technique or a tracking system.

As always, the first few days or weeks of modifying your existing habits are going to be hard. To maintain the motivation, you need your willpower and there is no secret or lifehack to avoid this component. It is though suggested that embarking on such a project is easier when you have the support of people around you (family, friends, or fellow students) or when you enter a peer group that does the same. Every time you succeed in implementing a new action (reading a textbook as soon as you come to the library instead of being on Instagram), do not forget to get a reward: it can be an object of some value (money, food, cup of tea) or an activity (a walk). We also believe that this feeling of pride for yourself and the expectation of a good grade can be a good enough resource to reward yourself. If the implementation of the new action doesn’t work after a reasonable amount of time, you should reevaluate your rewards and your initial goals — maybe you are altering the wrong habit? or you have established your intrinsic rewards wrong? In the end, as soon as a habit loop is formed around your new action (with the same or slightly altered signals and rewards) — you are on your way to accomplishing the goal.

Here is a great scheme from Charles Duhigg’s website that summarizes all these steps of changing a habit.

There is no single rule on how to achieve your goals or to be a productive student. However, scientists have a good tip for us—create habits, make your actions a routine. Now you know that a habit consists of three elements—a signal, an action, and a reward and what those elements can be. It is hard to eliminate a bad habit, you need to modify it: first, by understanding its components and the reward system behind it, then by altering the action while keeping the signal and the reward. Additionally, you can include some modifications that make it easier to stick to the new action. And finally—you should believe that these changes are possible and worth the struggle!