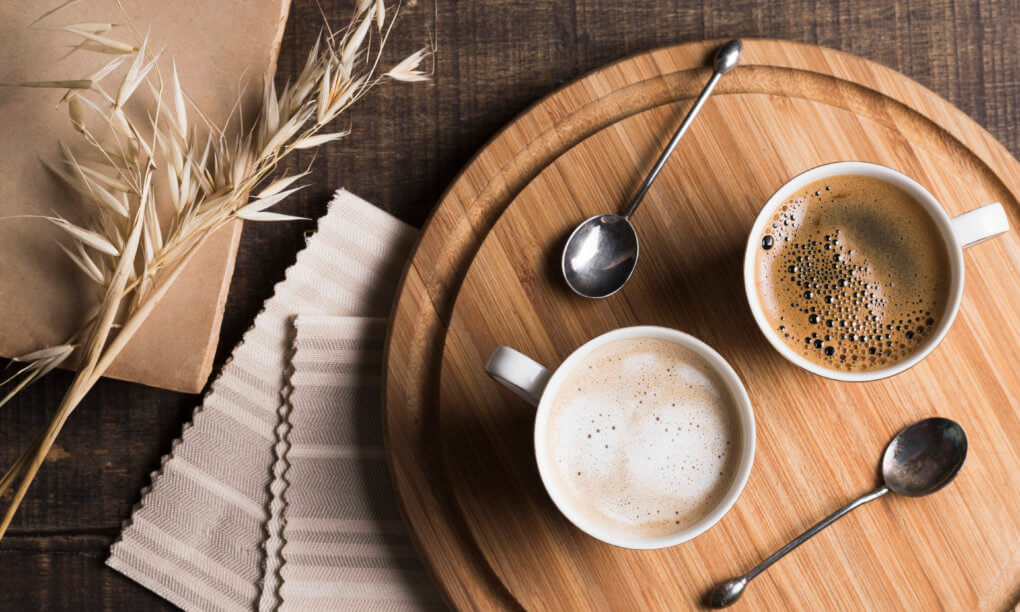 Drinking coffee is strongly embedded in our popular culture: it is hard to imagine our morning routine as well as friends reunions without this beverage. The latest statistics on coffee show that its sales are rising by 20% per year and the average consumption of coffee in the US is around 3 cups per day. It is hard to deny the role of large coffee chains such as Starbucks in popularising the role of coffee in our daily life. Although everyone knows it helps to stay awake during the day, are there any other qualities that coffee is famous for?

The active ingredient in coffee called caffeine works as the stimulant for the human brain and blocks the inhibitory effects of neurotransmitter adenosine. It actually increases the release of dopamine and accelerates the neuronal firing which means that you think faster and your logical reasoning is stronger. According to the researchers from Johns Hopkins, the cognitive-enhancing effects of coffee increase the resistance of memory to forgetting and it lasts for up to 24 hours. Also, it has been found that coffee improves your mood and reaction time short-term due to a high level of antioxidants that are contained in one cup of coffee.

Another pleasure of coffee is that you can have it served in many different ways. However, it’s relatively easy to become your own barista and master several home-brewing techniques to impress your family and mates. Get Craft Coffee: A Manual: Brewing a Better Cup at Home to master the art of making and drinking coffee. Another must-have book for all coffee-lovers is Uncommon Grounds: The History of Coffee and How It Transformed Our World. With this guide, you will learn the history of your favorite beverage.

One of the major reasons for coffee’s popularity among women is that it is a low-calorie drink. In fact, caffeine stimulates metabolism and has fat-burning qualities associated with it due to the increase in oxidation of fatty acids after the caffeine is absorbed in the blood. Also coffee increases physical performance by 11-12% which explains why its popular among athletes as well.

Coffee Lowers the Risk of Diabetes

According to the Institute for Scientific Information on Coffee (ISIC) drinking 3 to 4 cups of coffee per day can significantly reduce the risk of type 2 diabetes. It is characterized by high glucose levels in the blood due to the development of insulin resistance. It has been observed that regular consumption of coffee reduces insulin resistance from 23% to 67% and each additional cup lowers the risk of developing the disease by 7%. The same research suggests that this might be due to a number of factors associated with this famous drink: its antioxidant effects, anti-inflammatory effects as well as thermogenic qualities. Moreover, both caffeinated and decaffeinated types of drinks account for this effect.

Coffee Lowers of Risk of Alzheimer’s and Parkinson’s

Alzheimer’s is the most wide spread neurodegenerative disorder in the world which leads to severe dementia. Coffee not only stimulates your resistance to forget in the short term but also protects your brain from ageing. It is been discovered recently that coffee drinkers have up to 60% lower risk of developing Alzheimer’s.

The same coffee effect concerns Parkinson’s disease: coffee drinkers lower their risk of developing the disease by 32-60% in this case.

According to the study published in the New England Journal of Medicine, the lowest risk of death was demonstrated by individuals who drank 4-5 cups of coffee per day.

The liver is a very important organ in the human body which is responsible for filtering the blood that comes from the digestive tract before passing it to the rest of the body. Due to the drawbacks in our contemporary diet with high consumption levels of alcohol and fructose, the liver becomes very vulnerable and the risks of developing scars on the liver tissue as well as cirrhosis become very high. According to the scientists from the University of Bocconi, coffee can account for up to 80% reduction of cirrhosis risk when drinking at least 4 cups of coffee per day.

One cup of coffee contains a decent amount of vitamins and minerals:

If you drink several cups of coffee per day, all these nutrients add up making coffee one of the highest sources of antioxidants in your daily diet. This will also help you to become more resilient to the everyday stress we experience in college.

Despite being one of the highest sources of antioxidants, coffee in excessive amounts can have a negative effect on your nervous system as well including anxiety and alertness, insomnia, and a faster heartbeat. It is recommended to limit your daily consumption of caffeine to 400 mg, so don’t rely exclusively on your coffee when preparing for an exam or keeping up with college homework.

Also, people have different levels of sensitivity to caffeine and some of them might have symptoms described above after drinking 2 cups of coffee. People with a higher level of enzymes in their liver are most likely not to be able to fall asleep after drinking coffee late in the evening. Therefore, it is important to realize your medical conditions and know your coffee limit in order to stay healthy and enjoy coffee without having negative after-effects.